The News From Poems: 'Inaugural' 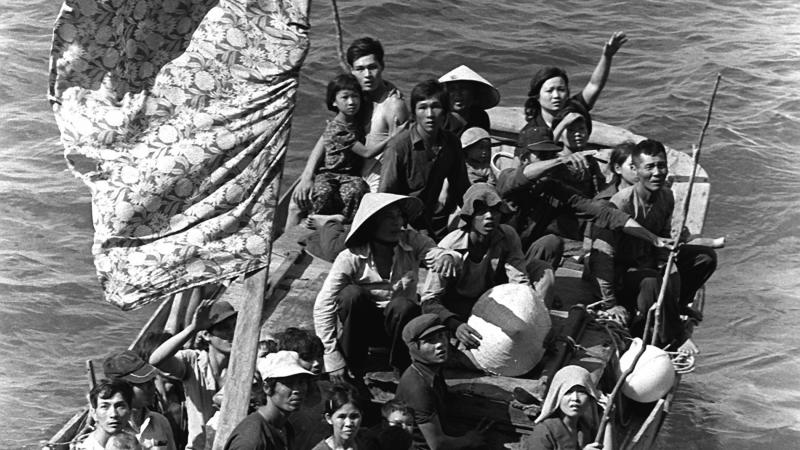 Quan Barry is an award-winning poet and novelist who founded the website ASPHODEL.INFO, which is dedicated to publishing a new poem each week in response to current events and William Carlos Williams' famous quote: "It is difficult/ to get the news from poems/ yet men die miserably every day/ for lack/ of what is found there." And for April, National Poetry Month, Barry has invited other poets to join in. As journalists, getting "the news from poems" sounded pretty great, so we decided to make it a radio series.

The poem, reprinted with permission from Asphodel: The News from Poems:

Let me repeat: of the different varieties, it's the guilt
of being one without the attendant narratives
of fire and night, children littering the shore
like sea-glass, or walking across entire continents,
soles bloodied, coupled with the fact that I’ve never
used the word to describe myself, not once in 43 years
until today. Refugee. Yes, I have always called myself
an immigrant, but it is only now
in this icy light that I bend my knee and bow,
the top of my head sword-kissed. Once, I got on a plane,
I left, it was done, I became me, I did not suffer in the way
of such suffering, but I am a refugee from a war
this country conducted. May this be the dawn
of an era in which we do not have to live a particular life
in order to respect it. The way 19th-century art
brought us the word empathy. Before then,
there was only a luminousness we had to believe was there.