The News From Poems: “November Eyes on Main Street” 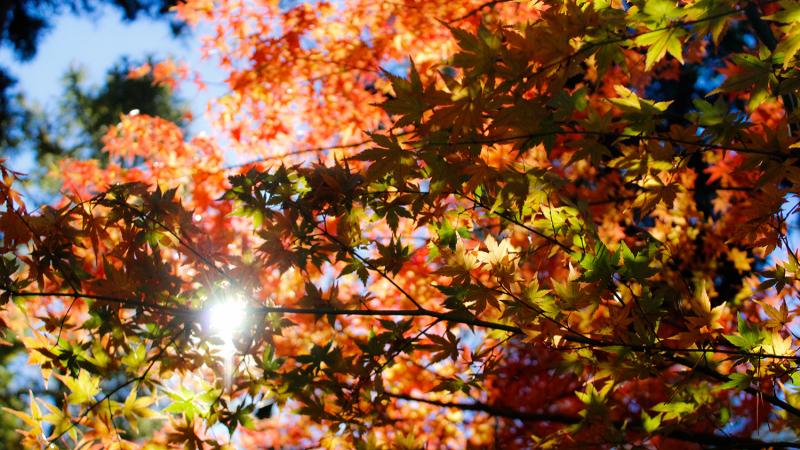 When Richard Blanco was the official poet for Barack Obama’s second inauguration, he wrote a deeply hopeful poem, “One Today.” After the election this November, he finds himself wondering what his small town Maine neighbors are really thinking.

In the final interview in The News from Poems series, Blanco reflects on the current political mood. He thinks Americans have been retreating from each other and dodging their democratic responsibilities. He says it’s time to begin some new conversations at the local level.

The morning after the morning, after the eighth
of November’s headlines, for the first time
I doubt the sun as I drive east up Main Street
—radio off—to Laura’s diner on the corner
of Pine Place. She bobbypins her hair, smiles
her usual good mornin’ but her eyes askew say
something like: You believe this? She pours
my coffee without a blink. Three cups—black—
and a muffin in me. | So I head down Prospect
to my bank’s drivethru, cash a measly check
from some grand magazine for some grand
poem of mine loaded with some grand words
like transcend, as if my inked verbs could bend
a river’s will, shuffle stars, or change the fate of
our nation, or the color of Sam’s eyes thinking
what I think—our reflections on the bullet
proof glass between us, asking: So now what,
Mr. Poet? I can’t answer. I can only remember
today I need to buy a rake, light bulbs, nails
to hang my dying mother’s photos. | So I stop
at Poe’s Hardware, see Mikey who knows me
and what I need. He rings me up, doesn’t say
Goodbye, says Good luck, as if his eyes can see
the uncertain grey in my own, worried about
my immigrant cousins, polar bears, factory jobs,
women, missiles, race—all the rest, resting on
the afternoon, after the afternoon of the eighth
of November. Today’s the tenth. I have bills
to mail. | So I drive to the post office, but Alice
doesn’t have any stamps left, except the ones
with the American flag. I refuse to buy them—
a Never mind in my eyes that she dismisses
with a Suit yourself. My Bills can wait, but not
my dog’s treats or the milk I ran out of. | So
I cross back over to the Food Basket on Main.
Also onions, mustard, and steak tips on Jan’s
conveyor belt. Paper or plastic she asks me,
but it doesn’t matter. What matters is this:
she’s been to my barbque’s, I’ve donated
to her son’s football league, we’ve shoveled
each other’s driveways, we send each other
Christmas cards. She knows I’m Latino and
gay, yet suddenly I don’t know who she is
as I read the button on her polyester vest:
Trump/Pence: Make America Great Again.
She doesn’t know me either. We manage
smiles as she hands me my change, but
our locked eyes say, nothing. | So I drive
home to my hillside. By dinnertime I’m still
not hungry. I’m numb. As hopeless as I am
drowsy. | So here I am: slumped in my sofa
to gather the last seconds of the sun, here
the first snowfall begins—there the light
lingers, possesses each flake set aflicker—
a hundred crystal eyes saying I must survive
the rage of this, and every season. | So here:
if all is wrong tonight, on this night after
the night of the eighth of November, here
all must be as it must so be, and also pass
as it must so pass, on some other morning
after the morning of another November.

Reprinted with permission from Asphodel.info.