The News From Poems: "WTF" 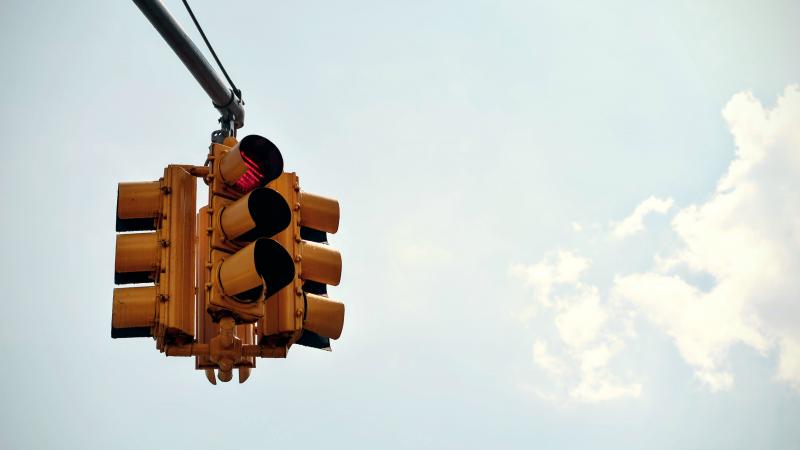 Plugged into devices, fixated on screens, their world muted by headphones jammed in their ears, college students on campus in Ann Arbor can seem oblivious to risk. Poet Laura Kasischke marvels at their fearlessness in the face of many dangers, from oncoming traffic to toxic politics. In this interview—the fourth in our series The News From Poems—Kasischke discovers an alternative meaning for “WTF,” and considers our collective obliviousness to the world around us.

I see her just in time—a young
woman (a girl, frankly) with
her ear buds in. She's

one of the many who hasn't bothered
to look one
way, let alone both
ways, before
stepping into the street today—I see her
just in time to stomp the brakes
in order not to kill her. She

never knows what didn't hit her. She's
wearing a t-shirt with WTF on it. Of

course, I know what this means. I've
texted it to friends. I've
said it, outright, in public, have
whispered it, thought it, written it, been
at the center of what this means, and what it is. But

what I read, instead, seeing
her t-shirt's three
letters through my windshield
this afternoon is
What's to Fear? Because

she hasn't bothered to fear today, it seems.
Some other time I might have gotten

angry, honked my horn, unrolled my window, shouted
something out about
suicidal tendencies, childish stupidity—but

today, I say to her, silently, instead: May
such times continue
to slam their brakes for you, as
you continue on your way. Or may

you at least look up
just in time one day

to say to yourself something simple, like: I've made
a regrettable but rectifiable mistake, while

the motorcades pass through you without
wounding you, the flashing sirens and
lights, the patriotic parades, the hearses flapping
their miniature flags, the whole

vehicular physics of
everything slipping through you, waving
politely, as if Nothing might be the answer
to the question you're not asking:

What's to fear? As if

this could save someone so young
and so carefree (I used to be you) so that
you, too, might live
long enough to be
a driver in some distant future
slamming on the brakes
just in time to save
some people who weren't paying
much attention

to the world around them
because they didn't think
they needed to—people
like me and you.

Reprinted with permission from Asphodel.info.