Reality TV And Other Things We Secretly Love 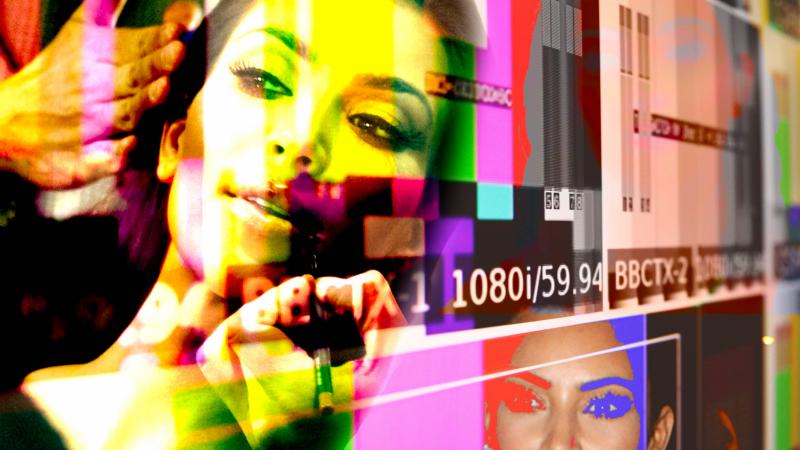 Author Lucas Mann writes that calling reality TV a guilty pleasure is "the dumbest cultural cliche." "To The Best Of Our Knowledge" producer Haleema Shah asked him about his new book "Captive Audience," which is about his relationship with reality TV and the person he watches it with — his wife.

This transcript has been edited for brevity and clarity. It is based on an interview that aired originally on June 21, 2018.

Haleema Shah: So I want to get real here. You're a professor of creative writing. I work in public radio. We are not supposed to like reality TV. At least that's what the perception is. How do people react when you tell them that you like reality TV?

Lucas Mann: There's a certain amount of derision, sort of eye rolling. And then also I think now reality TV is so ubiquitous, and there are people saying thoughtful things about it, that there's the weird second layer of questioning. Of taking a low form and trying to identify that it's high, or whatever. There's like a whole other kind of skepticism, which I think comes into play in the conversation that people have around "The Bachelor" and "The Bachelorette" as well.

HS: That's what I use to defend my taste in TV. I'm an anthropologist. I'm analyzing this.

LM: Right. And one thing that I consciously wanted to do in the way that this book was written was not hold myself as a narrator with a cultural critic distance. It was really important to me to write with the potential for my own embarrassment.

HS: I personally cannot watch reality TV alone. It feels like eating cake alone in bed. There's something weird and guilty and indulgent about it. But when I watch it with friends, I feel like I have some character, even though it's so over the top, to either collectively love or collectively hate.

LM: One of the scholars that I write about in the book is a writer named Helen Wood. She talks about these focus groups in earlier reality TV watching where people talked about their reality TV tastes a language of addiction. "I know it's bad, but I can't help it." And I do think it yet feels like eating cake or even drinking, right? Where doing it alone somehow is this extra taboo. But being able to have these pleasurable experiences that you feel ambivalent about, and to share them with other people, feels way more permissible.

HS: Should we be feeling guilty? Should we be simultaneously apologizing when we're telling people that we like watching this show?

LM: No, I don't think so. "Guilty pleasure" feels kind of toothless. Ultimately, you're professing guilt but then you're going ahead and doing it anyway. But one of the things that I think is interesting is that that way of experiencing and talking about it has been baked into the process of liking it forever.

HS: Do you think that the producers of these shows like "The Real World" or what I watch, "The Bachelorette," consciously know that there are a lot of people who are being sucked into this, but they're not feeling too great about it?

LM: Of course! Everybody feels pretty ambivalent about it. "Hey look, this is what it is. I don't feel great about it, but if this is what the masses want, give them what they want.".

I would talk to producers who would frame their work as "what I'm interested in are shows that really teach somebody how to do something, not that other stuff, not just people fighting." The conversation about how people feel about taking part in this thing, and finding pleasure in this thing, or profiting off of this thing, is fraught for everybody involved. It seems like a pretty self-aware industry to me.

LM: I think you can be both consciously aware of the artifice, and skeptical, but also have these moments where it catches you with how much you are invited to think — or do think — that you're seeing some real intimate humanity.

I don't think anybody watches something just to roll their eyes. That gets boring pretty quick.

HS: So we have Donald Trump for president, a former reality TV star. How much should we consider that when we're looking at him as our president?

LM: I think that there's sort of a distinction, right? I think that what made him a particular kind of figure on "The Apprentice" wasn't just being a reality TV star, but very specifically being the sort of all-powerful judge. He was the rare kind of reality TV star that explicitly was never questioned and nobody was allowed to fight with. He was only allowed to make judgments.

And actually, his presidency far more closely resembles what an actual reality TV star like Kim Kardashian goes through. Now he is powerful, but he also is dissected constantly in the angriest and most petty ways.

HS: Can you make the case for people who are skeptical of reality TV that they should watch "Keeping up on the Kardashians"?

LM: No. There's a point in the book where I did feel like I was actively trying to make the case for reality TV, and then I sort of got less interested in that. And it just sort of devolved into the weirdness and the emotion of my own experience with it.

I have no desire to say that the Kardashians are actually the most important thing in the world. But I do think that reality television is written off more than any form of culture. And I think that that is sort of a dangerous and unproductive thing to do.