The Neurologist Who Diagnoses Psychosomatics 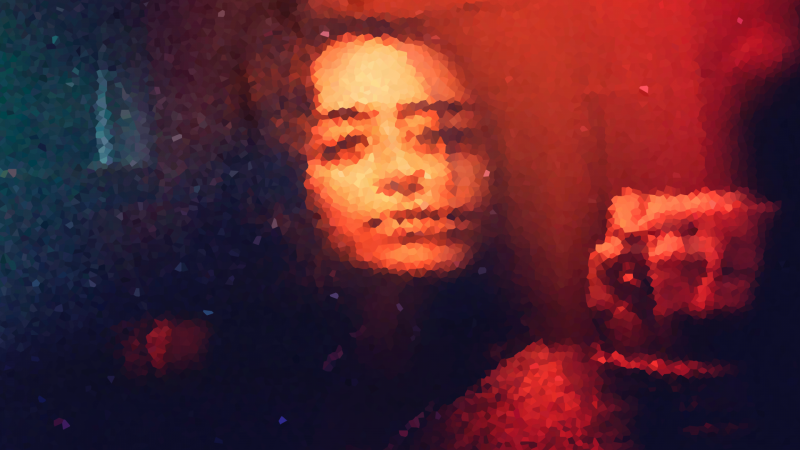 Our brains can play the worst tricks on us. They are always looking to explain and categorize incoming stimuli, sometimes perceiving threats out of the flimsiest bits of information gleaned from our bodies and our environment. Every so often they go into overdrive, inducing the worst kinds of illnesses—hallucinations, seizures, paralysis, coma—even when there’s no underlying physical problem.

This is the territory that the Irish neurologist Suzanne O’Sullivan has been exploring for years. Based in London, she sees hard-to-diagnose cases, often patients suffering from seizures which may or may not be caused by epilepsy. She’s on a mission to debunk our misconceptions about psychosomatic illnesses. Think they’re not serious? Not real illnesses? People are faking it? O’Sullivan will set you straight with hair-raising stories about people who’ve been permanently disabled by dissociative disorders.

Like Oliver Sacks, O’Sullivan is a gifted writer whose compassion for patients bursts through her case studies. In her new book, "The Sleeping Beauties: And Other Stories of Mystery Illness," she travels the world to investigate a series of bizarre and fascinating disorders. What’s new in these illnesses is their high degree of contagion. A girl in Sweden becomes listless and hundreds of other kids fall into similar stupors (“Why These Children Fell Into an Endless Sleep”). A teenager in Nicaragua sees a frightening little man in a hat and dozens of other kids in school start having similar apparitions. Dozens of American diplomats in embassies around the world report a cluster of common ailments—headaches, fatigue, memory lapses—despite scant evidence of any physical cause.

O’Sullivan says psychosomatic illnesses are far more common than we realize, but few people admit to having them. In fact, she explains, “not accepting the diagnosis forces people to reinforce their symptoms, travel around to doctors, and have test after test. It can be really life-destroying, looking for that alternative diagnosis when there isn’t one.”

I reached O’Sullivan at her home in London to talk about these mystery illnesses and the problems with medical diagnosis.

A written version of this interview appeared in "Nautilus Magazine." Here's an excerpt:

Steve Paulson: You tell the story of a mysterious illness in Sweden where hundreds of children have become bedridden. What did you see when you visited some of these girls?

Suzanne O’Sullivan: I visited two little girls, aged 10 and 11. The 10-year-old had been in this odd comatose state for a year and a half, and her older sister had been like this for about six months. It was shocking. When we walked into the 10-year-old’s bedroom, there wasn’t even a flicker of recognition. She looked healthy, but when her father tried to pick her up, she was just floppy, like a rag doll. She didn’t open her eyes to any sort of stimulation, and that is exactly how she’s been for a year and a half. Her parents keep her alive with tube feeding.

SP: This is called “resignation syndrome.”

SO: It was first referred to as apathy because the children withdraw slowly from the world, and they gradually descend into a state in which they can’t interact at all. It’s been happening in Sweden since the early 2000s. What’s most interesting is that these are not just any children. They all belong to families seeking asylum in Sweden, and they fall into this state of resignation syndrome when they are faced with potentially being deported from Sweden. Many of them come from ex-Russian republics or from small groups who’ve had particularly difficult lives, like the Yazidi or the Uyghur Muslims. They’ve probably fled something quite horrific in their countries of origin. But the children I met had been in Sweden since the age of 2 and were now 10 and 11, so this illness must be linked in some way to their lives in Sweden.

SP: You met the doctor who regularly sees these girls. How did she explain their illness?

SO: When I spoke to the doctor who facilitated my visit, I wanted to talk about this obvious link between the loss of hope the children were facing and the condition they were in, but she wasn’t happy to have that discussion. What she wanted me to do as a neurologist was to speculate about what’s happening in the brains of these children. I certainly think that’s a very interesting conversation. It would teach us a lot about motivation and consciousness, but that discussion took us away from the real problem. These children are in this state because they’re facing deportation.

SP: Why would these children become bedridden and comatose?

SO: I want to make a distinction between disease and illness. When I talk about disease, I’m referring to something which is objective, which isn’t controlled by how we think about our bodies. But an illness is a perception of how one feels, and illnesses can be programmed through expectations in our brains.

Let’s imagine we’re one of these asylum-seeking children and we know that the possibility of deportation sometimes leads to apathy. How would we respond when we felt those initial physiological changes? What can happen in illness is that our bodies respond how we expect them to respond. Think about what happens when you’re being deported. First you feel a bit sick and then you don’t have any energy. Then you don’t feel able to get out of bed and then you close your eyes. It isn’t unusual for somebody to manifest physical symptoms in the context of ideas, stories, and stresses. What’s unusual for these children is the extremity of what’s happened to them.

SP: The other thing that’s unusual is that it’s not just one or two kids. There are hundreds. It’s a contagion that’s sweeping through these families who’ve settled in Sweden.

SO: Again, is that unusual? To a certain degree, illness is a social construct. If you believe that certain provocations will produce certain symptoms because it exists within the folklore of your community, it’s easy for that to overwhelm your system and produce those symptoms. We shouldn’t make the distinction between body and mind. Our body and mind interact together. They are real symptoms because they are disabling the children very severely.

SP: One of the recurring themes in your case studies—in Sweden and elsewhere—is that people don’t like being told their illness is psychosomatic. That’s also true with your patients who’ve had seizures and assume they have epilepsy. You say a high percentage of these cases are psychosomatic.

SO: At least a quarter of the people referred to me who believe they have epilepsy—who have regular seizures—have purely psychosomatic seizures. It’s a phenomenally common way for the body to respond to certain stresses. It often begins with something biological, like a faint. For example, a young person gets on a packed train and it’s really hot and they faint in a completely normal way. That can create a fear in a person’s brain where the next time they get on the train, they think, ‘Oh, I really hope I don’t faint again.’ They begin examining their bodies in ways that they would not normally do and that can lead to an escalation of symptoms and ultimately to seizures.

You can read the full written version over on the "Nautilus" website.