The Unicorn Woman And Other Amazing Human Body Tales 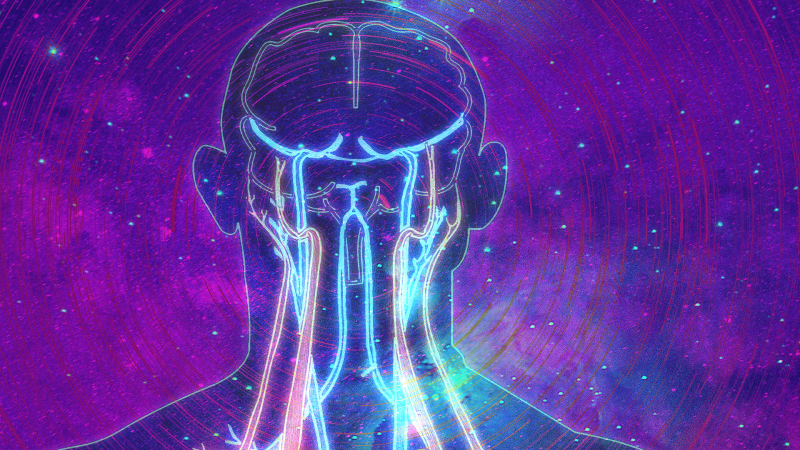 When Gavin Francis was growing up, he dreamed of being a geographer. And in a sense, that’s what he became — though the landscape he explores is the human body.

Francis is a physician in Edinburgh, Scotland, and the author of several acclaimed books about the wonders of the body, including "Adventures in Human Being" and "Shapeshifters." He’s fascinated by the complexity and beauty of the human body, which is so finely engineered that it can seem almost miraculous.

Francis writes about various body parts that we rarely think about — whether it’s the structure of the human foot or the architecture of the inner ear. He also tells stories of extraordinary cases from his medical practice — for instance, a woman with a horn growing out of her forehead, and the experience of angor animi — "the anguish of the soul" — when people are convinced they’re about to die.

There’s a distinguished history of doctors who’ve been great writers — from Anton Chekhov and William Carlos Williams to Oliver Sacks — and Francis carries on this tradition. "To The Best of Our Knowledge's" Steve Paulson reached him at the BBC studio in Edinburgh, a few blocks from the clinic where he practices.

These interview highlights have been edited for brevity and clarity.

Gavin Francis: There are tremendous capacities in the body to heal. As a physician, we are often trying to take advantage of those changes and help the body along. It's phenomenal — and the scale of it is truly extraordinary.

Just think of your reaction to a viral infection. Somebody sneezes a viral infection on you and your immune system can respond very quickly by recognizing if you've ever been exposed to it before. Very quickly, (it) brings online all the white blood cells that can produce antibodies to get rid of that infection. And lo and behold, you don't catch the infection. And what your body has done occurs without you having any conscious awareness of it.

The Mysterious Nature Of Illness

GF: There are so many conditions which fall under the category of "medically unexplained symptoms." They can be recurrent headaches, recurrent abdominal cramps, even old rashes or episodes of fatigue. And even after the doctor examines the patient’s full history and runs a whole set of blood tests and imaging scans, perhaps they still can't find any cause for these problems. Then we're into the realm of trying to understand what these symptoms really mean. When do they come on? What are the symptoms exacerbated by? How is the patient affected by these symptoms? Because when modern Western medicine has drawn a blank in trying to understand where they're coming from, then we're in another realm of trying to approach them from a different perspective.

GF: In medical textbooks it’s still called angor animi — Latin for "anguish of the soul." It’s the experience that somebody has that they're imminently about to die, and we take it very seriously as physicians. The old idea that from the chin down, our bodies are just plumbing — it's not true. We don't fully understand all the different ways in which the body and brain are communicating.

We often hear we have five senses, but actually, we have all sorts of senses, in terms of your balance, your understanding of where your limbs are in space, whether your bladder is full or empty, whether you're feeling short of breath or thirsty. And if you're going into a heart attack, there are changes in your blood pressure and changes in the feel of your pulse and all these things can actually be sensed at some subconscious level.

You know, some artificial hearts don't have a pulse. They pump in a continuous fashion so the blood just moves ceaselessly through the body instead of having a pulse. And there is a theory that our brain needs that pulse, that there’s a connection between that pulsatile flow of blood through our brains and our sense of well-being. So people who go on a heart-lung bypass machine for long surgical operations and then come round from that surgery often describe a really profound shift in their mood. They often feel very depressed and sometimes disinhibited, almost like they've been drinking. And we don't understand why that has happened. 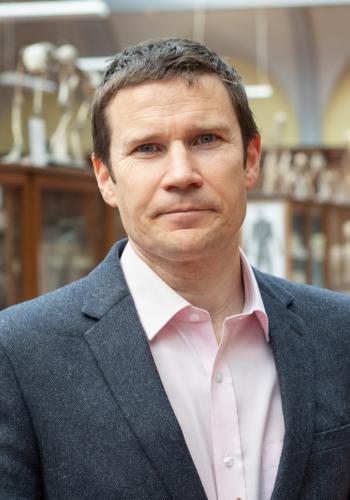 The Art Of Being A Doctor-Writer

GF: I find that my work as a physician is helped by the fact that I'm also a writer — the two go hand-in-hand. Being a writer and thinking a lot about language is helped by medicine, but medicine also helps the writing because there's so much art in medicine. I'm very interested in people's stories and seeing how they position themselves in their own life story.

GF: I met a woman who had a horn growing out of the center of her forehead.

This woman was actually very good-natured about it. The senior consultant in the dermatology clinic made arrangements to have the horn removed and a small skin graft put over it. The patient turned around and said, "Well, don't do it too soon because I've got a fancy dress party next week. I’m thinking of going as a unicorn."