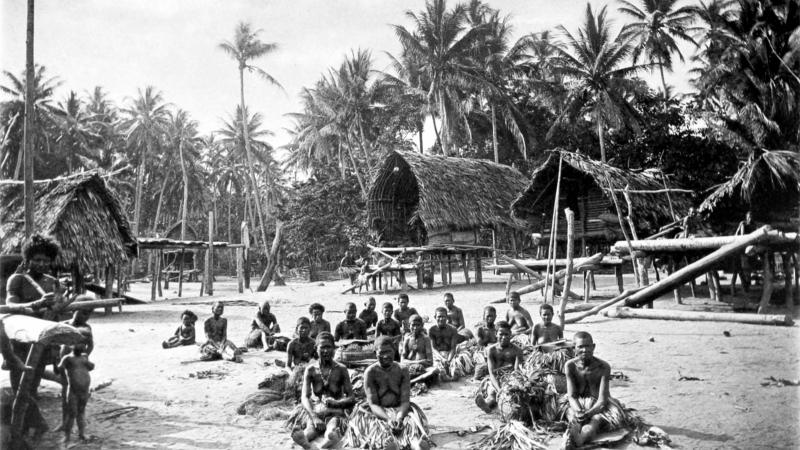 If you want to get a sense of a culture that’s been largely untouched by modern civilization, Papua New Guinea is one place to go. The biologist Jared Diamond has been doing field work there for decades. He’s best–known for his Pulitzer Prize–winning book “Guns, Germs and Steel,” but Diamond’s real passion is birds. He has been wandering through the remote forests of New Guinea, looking for birds, since the 1960s.

He told Steve Paulson that in the course of that work, he also became friends with many indigenous people. From a Western perspective, what he’s learned about conflict resolution and child–rearing — as well as the dangers of meeting strangers — is eye-opening. Diamond is the author of “The World Until Yesterday: What Can We Learn from Traditional Societies?”

These interview highlights have been edited for clarity and length.

Your most vivid stories come from Papua New Guinea, and I was struck by the completely different cultural values there. For instance, when you go out with the local guides looking for birds, you have to be very careful because if you cross the wrong valley or river, you would be seen as a stranger and you could be killed.

Jared Diamond: They don't tolerate strangers. In a traditional society where people don't move around — where you spend your life in the area where you were born, unless you move to get married — any stranger is usually there for a bad reason — to scout out your territory for a raid or to abduct a woman or to steal a pig. So if you encounter strangers, it's bad.

So what happens when you actually do encounter a stranger?

JD: If a New Guinean encounters a stranger in the forest, one of the two will try to run away or will try to kill the other. And if they can't run away and don't immediately try to kill each other, then there's no alternative but to sit down and they'll have a discussion. It may take several hours, naming all their relatives and cousins and in-laws in the hope that you can find some relative that you share in common, which means that you've got a reason not to want to kill that person. If you haven't found any shared relative, then there's no ground not to kill the person. The person really is a stranger and someone runs or you try to kill.

On the other hand, New Guineans often have to deal with people in different villages who speak completely different languages. You say it’s common for people to speak more than 10 languages.

Your book’s subtitle is “What can we learn from traditional societies?” What's the biggest thing you learned from the many years of doing fieldwork in New Guinea?

JD: I've learned to think realistically about danger. I've learned to eat healthy and not put salt and sugar on my food. I learned to give my kids, as they were growing up, as much freedom as possible to make their choices. What goes on in traditional societies is often different from our society. We can learn either something that they do better or we can learn something that they do worse and we say, “Thank God. Now I appreciate something about my own society.”

How are children given independence in traditional societies?

JD: The view is that an infant or a child is an independent person who should make his or her own choices. In traditional societies it’s carried to what we would consider an extreme – letting young kids play with sharp knives or play near fires. The idea is that young children have to learn from their own mistakes. Most New Guineans in the highlands that I've seen have fire scars, not because they made a mistake while they were adults but because they were playing near the fire as a kid.

But you also say there are close bonds between mothers and babies, and they're often breastfed for years.

JD: Routinely. In fact, the typical weaning age is around three. It might be two-and-a- half or it might be four. And the reason is that in traditional societies there's no cow's milk and there's not wheat to make mushes out of. So children do nurse for several years. That's one thing that gives those kids a sense of security. I'm struck by New Guinea children at age five or ten just being more mature, more confident about negotiating with adults than our micromanaged American children, who are not permitted to make their own choices. They finally they go through the terrible years as teens, when they get to make choices, and then start to determine their lives in their twenties.

I remember a 10-year-old kid in New Guinea who decided that he was going to be a porter for me. He didn't ask his parents, who weren't around. He went for a week as a porter and then for a month he studied birds with me. He knew that eventually someone would tell his parents that their son went off with a white man. A 10-year-old kid in New Guinea is going to be able to make his own decisions.