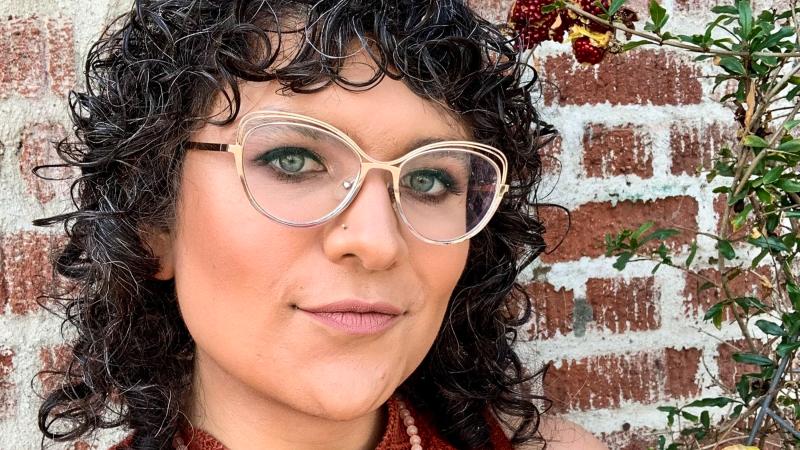 For the progress we have made to make a wider range of gender choices possible, Jules Gill Peterson thinks we still have a lot of work to do when it comes to supporting and embracing the trans people in our lives.

"What would it take for you to actively wish for and want there to be trans people in the world?" asks Jules Gill Peterson, speaking to Anne Strainchamps for "To the Best of Our Knowledge." "Not just to accepting that there are trans kids or saying that they should technically be allowed to survive into adulthood. That's the bare minimum. What would it look like to celebrate and welcome them into the world and to say that, 'We're happy that you're here? I want you to be here'?"

Peterson teaches transgender history, politics and culture at Johns Hopkins University. She's the author of "Histories of the Transgender Child" and writes a regular newsletter, Sad Brown Girl, about her experience as a trans woman of color. She explains that the conversation around kids and gender identity has been happening a lot longer than many might realize, and how breaking down barriers for trans people challenges systems that entangle all of us.

This transcript is edited for brevity and clarity.

Jules Jill Peterson: It's true. This really is one of the first times that Americans in general are encountering trans and non-binary and genderfluid young people in the media. I think a lot of people are sort of asking, "How did this happen? How did we get here? Is this all just some sort of new cultural trend?"

One of the things that I'm very happy to say is, as a historian, that on the contrary, actually, there's a well-documented history of trans young people and other kinds of gender-nonconforming young people. But for a long time their lives were much more subcultural. So in some ways the difference today is about publicity more so than about demography.

AS: You have done this historical research. That's a few years back now but it is so fascinating. I mean, you uncovered, for one thing, these amazing archives: stories of people who were going through gender change. Wow. How far back does it go?

JJS: It's quite incredible. I found evidence of people who understood themselves to be trans in the 1930s, the 1920s, including children who sort of understand themselves to be different than the gender that they were assigned at birth 70, 80, 90 years ago. I mean, it's really kind of staggering to think how, in some ways, our imagination of children's gender is so belated.

AS: I was really struck by someone you wrote about named Val. Can you tell us about her?

JJS: Val is incredible: one of the most remarkable trans youth that I was able to write about in my book. What I know about Val comes from a little bit later in her life in the late 1940s when she was at the University of Wisconsin-Madison Hospital hoping to finally get gender-affirming surgery. If she had been successful, she would've really been one of the first Americans to, at least on paper, officially get that kind of surgical set of procedures because American doctors were just pretty far behind their European counterparts in that regard.

Anyway, at one point while she's kind of stuck in the hospital ward, while truly on another floor, a whole room of doctors are arguing about whether or not they're going to actually go through with the surgery that everyone else has approved her for, a psychologist kind of wanders into her room and as they often do, just takes her life history again.

In telling her story we learn this incredible tale of her trans childhood. We're talking here the turn of the 1930s, the very beginning of the Great Depression. Val's growing up in a family outside of Milwaukee in a more rural county. The way she narrates it is that it was just obvious to everyone from a really young age that she was a girl, even though she had been assigned male at birth. And her parents were fine.

It's so interesting because we are being told every day that the idea of trans girls using the restroom or playing on girls sports teams is some sort of radical threat to the norms of American society. Here we have evidence from 1930 that that's not true. I just think it really stretches the mind and reframes where we think we are today.

AS: One thing that does seem new to me is non-binary as an option. When I was graduating from college in the mid-1980s there were trans kids, but it was always you were switching from maybe your assigned gender to a different gender. It was always one thing. Now it seems like there's a new choice, which is not to choose, to refuse to settle.

JJS: Yeah. It's a really interesting and fast uptake of this concept. Some of it has to do with, in general, how language around gender and sexuality is constantly in flux, but this term has really become very popular. I think part of what it's trying to do is continue some political work that trans and gay and lesbian communities have been involved in for a long time. That really had to do with de-medicalizing our existence and identity.

There's been a long political push to loosen that binary and to loosen that language. I think non-binary really follows up on a lot of that activism and that energy, but it's taking it in interesting new directions.

You mentioned the concept of none of the above or, "No gender please," or, "Nowhere in the system please." Saying that, "I don't feel like a man or a woman," or that, "Some days I feel more masculine and some days I feel more feminine." I mean, these are really interesting conceptual innovations. They really challenge the kind of gendered system that we live under. A lot of people who identify that way or who are interested in it will say, "I don't want this to get resolved. I don't want to pin this down. I want to keep it messy. I want to keep it open-ended." That, I think, is a really fascinating challenge. What kind of world would we need to live in for that to be celebrated and safe and affirmed? I mean, I think that's a fantastic challenge for us to take up, period.

AS: Right. And to say that you make things better.

AS: For everybody else by questioning the rules and the limitations that we all live with, whether it's about gender or how you make your living or how you live your life, all the different codes we live with.

JJS: Exactly. This is what I say often to parents who've just had a kid come out and often find myself in conversation with them when they're feeling nervous, worried, tacitly on board but scared and unsure, worried about doing the wrong thing.

I say, "Look, this is actually a moment of celebration."

And I can speak to this because I'm really lucky. I come from a family where my younger sister is also trans. We're very different people but we both share that in common, and we've grown very close with our mom over the years. One of the things that we've kind of talked about is one of the gifts, from my mom's perspective, is that... and this is what I would say to parents:

"You get to travel with a trans person in your life. Not only do you get the gift of being able to support someone, which is so powerful when the world around them is not going to give them that support, you get to show up for that person. But also you are going to get access to perspectives that stretch your mind and allow you to see the world in dimensions and colors that most people could only dream of."

I think there's something really powerful about that.

Imagine having the chance to question the world that you were born into and to nurture someone coming into themselves.