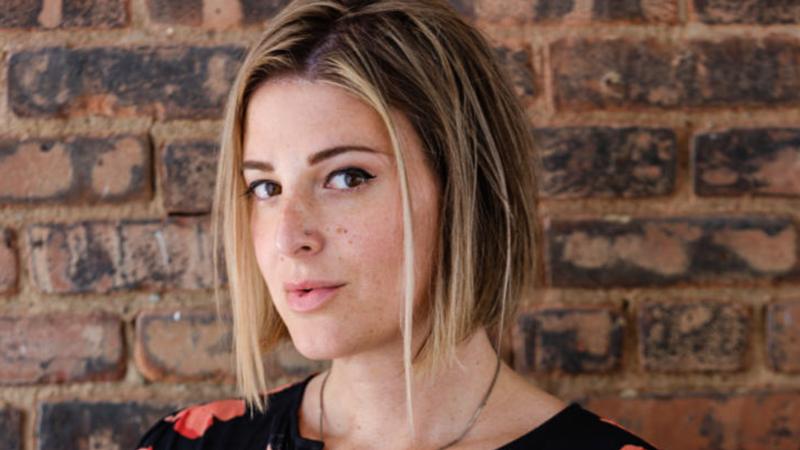 Torrey Peters’ new novel "Detransition, Baby" is critically acclaimed and has been nominated for the 2021 Women’s Prize for Fiction. Peters is the first openly trans woman to be nominated for this award.

The book delves into the lives of several women and men as they navigate gender roles and becoming parents, including a transgender character who detransitions. Fans of the book will be able to see the characters on the screen eventually, as a TV adaptation is being planned by the writer/producer team who produced "Grey’s Anatomy."

"To the Best of Our Knowledge" producer Charles Monroe-Kane talked with Peters about how Peters’ own life and experiences inspired the creation of the novel.

Charles Monroe-Kane: What is the book's dedication about?

"To divorced cis women, who, like me, had to face starting their life over without either reinvesting in the illusions from the past, or growing bitter about the future."

Is it an homage to cisgender women, or an olive branch?

Torrey Peters: While I was writing this book, I was trying to figure out my life. And I was reading all these books trying to (find) the model of how to live.

I transitioned. I was in my 30s. What's next? What does a trans life look like after you're on the far side of transition? And I started reading all these books by divorced cis women like Elena Ferrante, like Rachel Cusk, and there was something about it was incredibly appealing to me. And I realized that the trajectory of divorce for cis women looks a lot like transition.

You live your life in a certain way, believing that it's going to look a certain way. And then there's a rupture or a failure or a break. And you have to start over without getting bitter or without reinvesting in the ideas that brought you to that failure in the first place. So the ways that all these divorced cis women were talking about their life was mirrored for me as a trans woman who was in some ways starting over in my 30s. And then basically, I was like, "Wow, you actually helped me."

It wasn't so much an olive branch as a gratitude. You know, thanks for doing that. And actually, as a trans woman, I think I've experienced a couple of things that maybe would be helpful to these divorced cis women. So let's make it like a conversation.

CMK: Why did you write this book?

TP: I was in my 30s, and I was just trying to figure out: How do you live? How do you find meaning in life? Do you get a career? Do you have a husband? Do you make art? Do you have a baby? And I was looking around to all the other women in my life, mostly cis women, to see how they went forward. And a lot of them were getting married. A lot of them were having babies. And as a trans woman, a lot of that was not really possible. It was sort of aspirational.

Where does a trans woman get a baby? You know, trans women can't get pregnant. But also, you know, adoption agencies aren't like rushing to get babies to trans women. And other things are equally difficult. Sometimes getting a job when you're trans and visibly trans. Finding lovers is one thing, but finding somebody who wants to settle down with you for the rest of your life is oftentimes very difficult for people.

But the thing that seemed hardest was the question: Can trans women be mothers? And so I was kind of like, I'm going to go right at this incredibly difficult thing of trans motherhood (in the book). And then the second thing I thought about was with the character of Ames — was why is it difficult to be a trans woman?

CMK: (In your book) people didn't give up for the reasons I thought people would give — they gave up because the bigots won again.

CMK: I was thinking about the word weaponization, or being used as a pawn. The trans folk I know, inside their own group, are completely open. But outside, I think "detransition" is a dirty word. But there you are, writing about it, having characters live it in a flawed way. Are there people that are annoyed, upset with you inside the community for doing it?

TP: Yeah, but I think a good book should piss off everybody. On one hand, people were like, "Oh, you're airing dirty laundry, you're sharing all of these secrets." And on the other hand, there's people who are like, "This is a book about, in some ways, trans woman joining the nuclear family. You're like an assimilationist. You're capitulating to family values."

And I think the fact that radicals and conservatives are both find something objectionable in the book means that it's hitting a spot where I wanted it to hit.

CMK: Your characters are kind of boring. They're normal people and they're flawed. And I was wondering if that's liberation.

No. I'm not an inspiring case. I'm just a person. My friends are just people. And, you know, it's not actually very funny or enjoyable to have to walk around the world being like, I am a hero. I am an inspiration. I just want to be a person, I want to tell a few jokes. I want to have a good meal and have a glass of wine.

Whether or not that's liberation, I'm not sure, but it is a step forward from the kind of expectations and burdens that have been placed on trans people historically — to always be outsized and special in order to justify being alive.