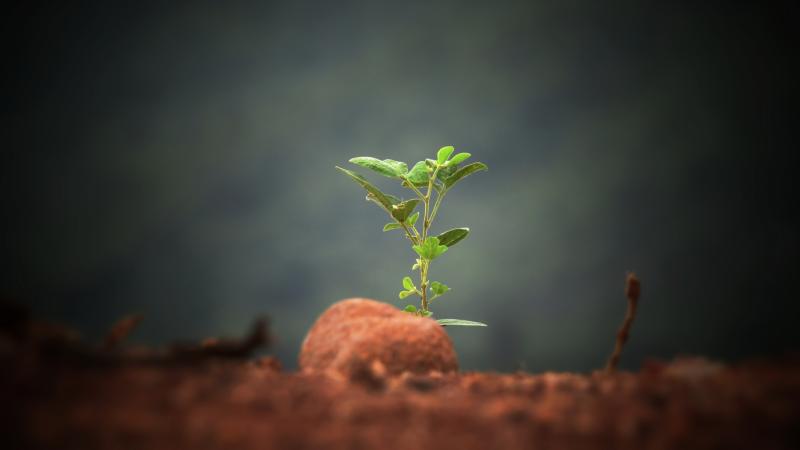 Plants are intelligent beings with profound wisdom to impart—if only we know how to listen. And Monica Gagliano knows how to listen. The evolutionary ecologist has done groundbreaking experiments suggesting plants have the capacity to learn, remember, and make choices. That’s not all. Gagliano, a senior research fellow at the University of Sydney in Australia, talks to plants. And they talk back. Plants summon her with instructions on how to live and work. Some of Gagliano’s conversations happened in prophetic dreams, which led her to study with a shaman in Peru while tripping on psychoactive plants.

Along with forest scientists like Suzanne Simard and Peter Wohlleben, Gagliano raises profound scientific and philosophical questions about the nature of intelligence and the possibility of “vegetal consciousness.” But what’s unusual about Gagliano is her willingness to talk about her experiences with shamans and traditional healers, along with her use of psychedelics. For someone who’d already received fierce pushback from other scientists, it was hardly a safe career move to reveal her personal experiences in otherworldly realms.

Shortly before the COVID-19 lockdown, I talked with Gagliano at Dartmouth College, where she was a visiting scholar. We spoke about her experiments, the new field of plant intelligence, and her own experiences of talking with plants.

Here's an excerpt of our conversations — you can read the full Q&A on Nautilus.

Steve Paulson: You are describing a surprising level of sophistication in these plants. Do you have a working definition of “intelligence?”

Monica Gagliano: That’s one of those touchy subjects. I use the Latin etymology of the word and “intelligere” literally means something like “choosing between.” So intelligence really underscores decision-making, learning, memory, choice. As you can imagine, all those words are also loaded. They belong in the cognitive realm. That’s why I define all of this work as “cognitive ecology.”

SP: Do you see parallels between this kind of intelligence in plants and the collective intelligence that we associate with social insects in ant colonies or beehives?

MG: That kind of intelligence might be referred to as “distributed intelligence” or “collective intelligence.” We are testing those questions right now. Plants don’t have neurons. They don’t have a brain, which is often what we assume is the base for all of these behaviors. But like slime molds and other basal animals that don’t have neural systems, they seem to be doing the same things. So the short answer is yes.

SP: What you’re saying is very controversial among scientists. The common criticism of your views is that an organism needs a brain or at least a nervous system to be able to learn or remember. Are you saying neurons are not required for intelligence?

MG: Science is full of assumptions and presuppositions that we don’t question. But who said the brain and the neurons are essential for any form of intelligence or learning or cognition? Who decided that? And when I say neurons and brains are not required, it’s not to say they’re not important. For those organisms like ourselves and many animals who do have neurons and brains, it’s amazing. But if we look at the base of the animal kingdom, sponges don’t have neurons. They look like plants because when they’re adults, they settle on the bottom of the ocean and pretty much just sit there forever. Yet if you look at the sponge’s genome, they have the genetic code for the neural system. It’s almost like from an evolutionary perspective, they simply decided that developing a neural system was not useful. So they went a different way. Why would you invest that energy if you don’t need it? You can achieve the same task in different ways.

To read the full interview, head over to Nautilus.