Are Morals a Part of Our Evolution? 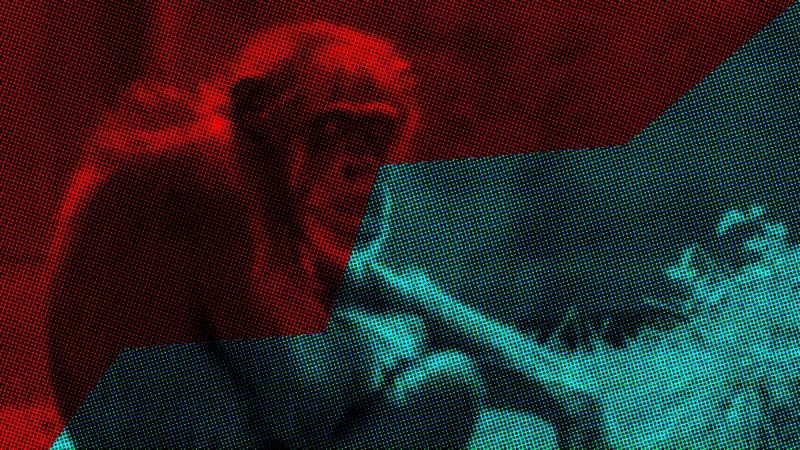 The Center for Humans and Nature provides a forum for wider discussion on the link between our evolution as a species and the emergence of religious thought and morality, including several essays by evolutionary biologists David Sloan Wilson and Jeff Schloss — who were featured in our show about whether chimpanzees can experience the spiritual.

Specifically, Schloss writes at length about how evolution is about more than just the success of the individual over others around them.

Yes, creatures can struggle against each other for mates or food; but they can also simply wrestle against the physical environment, sometimes struggling not against but with each other, as in huddling together against the cold. Darwin himself claimed “I use the term Struggle for Existence in a large and metaphorical sense, including dependence of one being on another.”

Schloss says evolution is less about our "selfish" genes and survival of the fittest and more about the intersection of biology and culture. Organisms find ways to survive and thrive by relying on themselves and the living beings around them for shelter, food, and more.

So our evolved biology is not unilaterally inclined toward selfishness, nor is culture a transcendent source of goodness. And failing to consider how culture and biology interact makes us more vulnerable to their ambivalent influence. Pascal observes that “humans are neither angels nor beasts, and unfortunately… those who would act the angel, act the beast”: moral wisdom recognizes our unique capacities to envision the good but also our shared frailties in willing it into action.

Our notion of "we" may also evolve along with us. Fellow evolutionary biologist David Sloan Wilson extrapolates that notion outward to explore the idea of a "whole earth morality," specifically noting our capacity to look outside our own culture when considering other species worthy of our moral concern.

Fortunately, the boundary between us and them is impressively flexible. No one could have imagined ten thousand years ago that us might refer to groups of many millions of people identified by abstract symbols such as flags.[2] This means that there is hope for expanding the moral circle still further to include all people on Earth and for the wise stewardship of the Earth to become a cardinal moral virtue of this global citizenry.

In March 2016, we got Wilson and Schloss together on stage in Madison to discuss some of the finer points of the links between evolution and morality. We started with a hypothetical: Imagine you’re on a beach and off in the distance you spot a drowning child. Would you risk your life to save the child? History is filled with countless examples of people risking life and limb for complete strangers, but why? How can evolutionary science explain that kind of selfless altruism?

If any of this has you thinking, you can dive even deeper into questions around morality and evolution on the Center for Humans and Nature website.