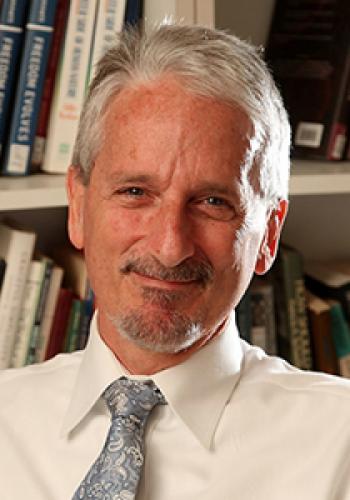 As Senior Scholar of BioLogos, Dr. Jeff Schloss provides writing, speaking, and scholarly research on topics that are central to the values and mission of BioLogos and represent BioLogos in dialogues with other Christian organizations. He holds a joint appointment at BioLogos and at Westmont College.

Schloss holds the T. B. Walker Chair of Natural and Behavioral Sciences at Westmont College in Santa Barbara, California, and directs Westmont’s Center for Faith, Ethics, and the Life Sciences. Schloss, whose Ph.D. in ecology and evolutionary biology is from Washington University in St. Louis, Missouri, often speaks to public, church-related, and secular academic audiences on the intersection of evolutionary science and theology. Among his many academic publications are The Believing Primate: Scientific, Philosophical, and Theological Reflections on the Origin of Religion (Oxford University Press), which he edited with philosopher Michael Murray.

Schloss has also participated in a number of invitational collaborations on topics in evolutionary biology, emphasizing various aspects of what it means to be human, hosted by several universities, including Cambridge, Edinburgh, Emory, Harvard, Heidelberg, Oxford, and Stanford. He has held fellowships at Notre Dame’s Center for Philosophy of Religion, St. Anne’s College Oxford, and Princeton’s Center for Theological Inquiry, and serves on the editorial boards of several journals, including Religion, Brain, and Behavior; Science & Christian Belief; and Theology and Science.