The Volume Of Absolute Silence 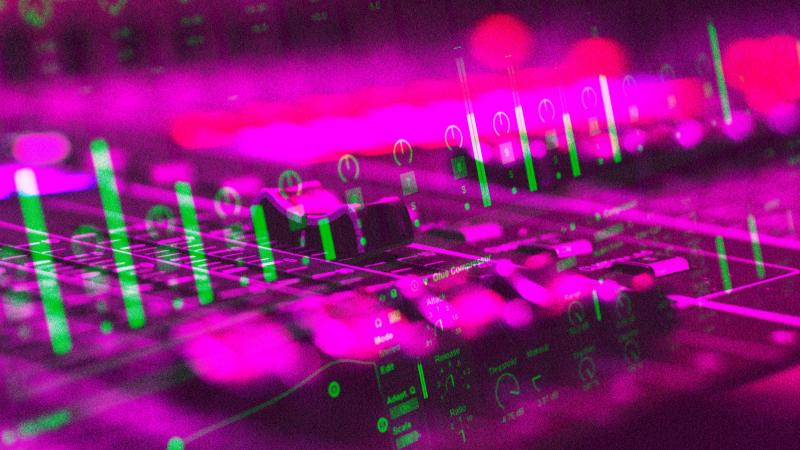 Sometimes the cacophony of daily life — the honking traffic, screeching trains, shouting passerby, and other obnoxious sounds that punctuate our daily routines — it all feels like something we want to escape somehow. Author George Michelsen Foy felt that way about the noise pollution he heard in the city, even in the dead of night.

"I came to think of the city as having this monster breath," said Foy in a 2010 interview with Anne Strainchamps. "If you listen, even at 3 or 4 AM — stick your head out the window and listen — you hear this constant sound, this huge organism breathing all the time."

So can we escape the deafening breathing of the urban noise monster? Foy found that the challenge of finding a complete absence of sound might have been a fool's errand. In the course of researching his book on that attempt, entitled "Zero Decibels: The Quest for Absolute Silence," he found not only that silence itself is culturally loaded with meaning — and therefore is never really an absence of anything — but that even in an environment completely devoid of sound, humans can't help but make sound, even if they only hear their own.

On the cultures that value silence, and the effect it has on them.

George Michelsen Foy: In Western culture, and especially Western American culture, we are very much conditioned to be suspicious of silence. There have been studies done that show that when somebody doesn't talk much, or is not very forthcoming with what they say or allows a lot of silence, essentially in their interaction, we view them with suspicion. They are seen as sly and untrustworthy.

However, among a lot of American Indian cultures, the opposite is the case, where people are conditioned essentially to allow a lot of respectful silence in their interactions. When the Lakota, for example, talk in council, there's a very defined pause at the end of each person's contribution to the conversation. And that pause is respected, and in fact, nobody will talk until somebody has something to say, which is not a bad rule to go by generally speaking, but I think we're conditioned kind of to do the opposite. The Apache, the Ute, the Sioux; all have this way of being.

I went there to interview David Nighteagle, who's a flute-maker and a musician and somebody who' s talked a lot about the importance of silence in terms of making music, in terms of allowing the environment around them to influence what they're doing. And I met a number of Ute — especially who were part of his community — and we talked a lot about that. It was just very interesting because of not just what they said, but the fact that they talked the way they were supposed to in the sense that they were very, very respectful, and very respectful of the silence between sentences, the silence between ideas, and allowing people plenty of time and quiet to think and to contribute what they had to contribute to the conversation.

On recognizing that saying nothing is, in fact, saying something.

GMF: One lasting effect of this quest was [realizing that] what I have to say is not only defined by the ideas that structure the words that I'm coming up with, but it's also defined by the silence and the space that I leave around those ideas and those words. There's a greater structure that happens when you think about the pauses between what you say; the pauses that happen in music; the pauses that you allow in your life.

Our lives are very much defined by rhythms. There have been studies done that show we tend to work in cycles of fifteen or twenty minutes, after which our energy and attention lags a bit. We actually need a downtime at that point. I think silence works into that in ways that we don't yet fully understand.

I think some of the playwrights and artists who have used a lot of silence in their work understood this organically. One of my favorite playwrights is Harold Pinter, and my actor friends call him "Harold (Pause) Pinter" because he puts so many pauses in his work. He and Beckett both generate these (or generated) these plays that are incredibly tense because there is so much space and silence packed around the words that by definition, the actors and the people who watch them have to pay way more attention to what is finally being said after those pauses, after that tension has mounted and you've had time to absorb everything around them.

As we understand more about our own rhythms and the way we process information, I think that society is going to ascribe way more importance to stopping for a moment —an hour or what have you — enough time to be able to readjust our lives and to analyze what's come in. To cut away stuff that we don't need from this massive overdose of information, and go on with a more balanced thought process because we've taken time off from being subject to all this noise.

The quietest place on Earth: the "anechoic chamber" in the Orfield Labs studio in Minneapolis, Minnesota.

GMF: There are no echoes because there's just no sound. It's three concentric cubes of steel and concrete and within the innermost cube, the walls are completely covered with sound-absorbent material. The doors are thick, battleship-type doors. It's rated to -9.4 decibels.

0 decibels is kind of the quietest noise that anybody can hear at that level. This is rated to about 10 times less than that, and that only makes sense in instrument terms because instruments can pick up what the human ear can't. "The Guinness Book of Records" rated it as the quietest place on Earth [in 2013].

There apparently were instances of people going in there and kind of freaking out because they're not used to it. Apparently there was something called the "Orfield Challenge" whereby if anybody could stand being in there for 45 minutes with no sound and total darkness and so forth, they would get a case of Guinness.

I went in there for 45 minutes and far from freaking out, I actually loved it! I guess I was sort of the right person to love it because I was looking for total silence. I felt as if I'd found the grail. It was like this bubble, this conceptual bubble, within which there was nothing and that's the only way I could visualize it.

The impossibility of experiencing true silence

GMF: My feeling of total silence only lasted a few seconds and until I became aware that I was making sounds breathing, so I tried stopping that for a little while, but when I stopped breathing, I became very aware of my heartbeat, and when I tried listening between my heartbeats, I heard other things. I could hear my pulse, which isn't quite the same as my heartbeat because it makes noise in other parts of the body. If I frowned, I could hear my scalp rubbing over my skull, which is a bit eerie.

On top of it all, there was another sound that didn't seem to equate with either the heartbeat or the pulse or the breathing or anything else that I could figure out. It was this kind of rhythmic scraping sound that happened. The only thing I could think of was a "bucket dredge," which just rhythmically clanks around and scrapes mud off the bottom of a harbor and dumps it into a barge. That kind of rusty, rhythmic, metallic clanking was what it sounded like...and I never figured out what it was.

I've a good idea now what it was: a form of tinnitus. But I spent a good amount of the time trying to figure that out — fairly obsessively at first — and for a while I just tried to enjoy it.

I tried to hear the silence in between [all these body sounds] because I knew that was as close as I was going to get to total silence in my life.