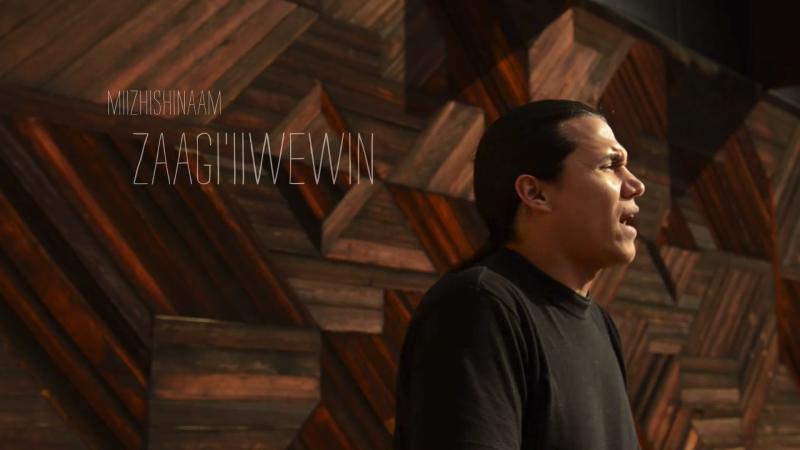 PRAYERS IN A SONG

Mii dash bami'idiziyaan
(So that I can help myself)

This week's show closes with this insightful verse from Ojibwe hip hop artist @tallpaul612. ⠀ ⠀ Part of a full hour exploring the new voices in Native American fiction, poetry and music.

Before I met rapper Tall Paul (Ojibwe), I hadn't heard much about contemporary Native American music, and certainly not hip-hop. Sure flutes and drums and chanting, but not the stuff he gave me to listen to. Tall Paul gave me a remedial education in Native American hip-hop in the form of a YouTube playlist. And then Jamie Figueroa (Boricua/Afro-Taíno), Assistant to MFA Creative Writing Director at the Institute of American Indian Arts, followed suit with YouTube playlists of Native American electronica, indie, pop, and experimental music. Once I started listening, I was blown away. I have what I thought was a fairly eclectic collection of music on my digital Spotify shelves—how had I missed this?:

But the impact for me is small compared to the impact this work has on its creators.

Consider Tall Paul. He told me that he grew up in Minnesota without much connection to his heritage or native language. He started learning Ojibwe in college, and now flows seamlessly between English and Ojibwe in his rapping as a method of re-learning and reclaiming his native language. He sees hip-hop as a path to reconnecting young Native American kids to their roots.

“I feel like it uplifts so many people, it’s almost like a universal language. Hip-hop is a culture, not just a genre. And it is really an empowering culture that connects so many people and makes so many people want to fit in with it. It gives Native Americans something to look at."

If you’ve yet to experience Native American hip-hop or other forms of contemporary Native American music, start here. To save you some time, I’ve collected a by-no-means-exhaustive list of what I found. I am sure lots of great music is missing, but this is a start.