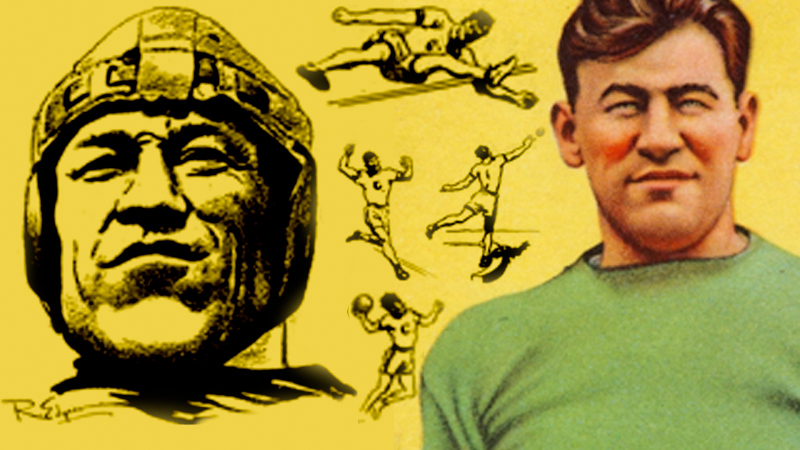 During his traditional Sac and Fox funeral in Oklahoma, Jim Thorpe's body was stolen by his third wife and sold to a small Pennsylvania town that renamed itself "Jim Thorpe, Pennsylvania." His body is still there — as Native American activist Suzan Shone Harjo says — as a trophy and as a tourist trap. Jim Thorpe's story of athletic achievement runs parallel to the worst of American history - forced relocation to reservations, boarding schools, and attempted genocide.