Kazuo Ishiguro on 'Prayers for the Stolen' 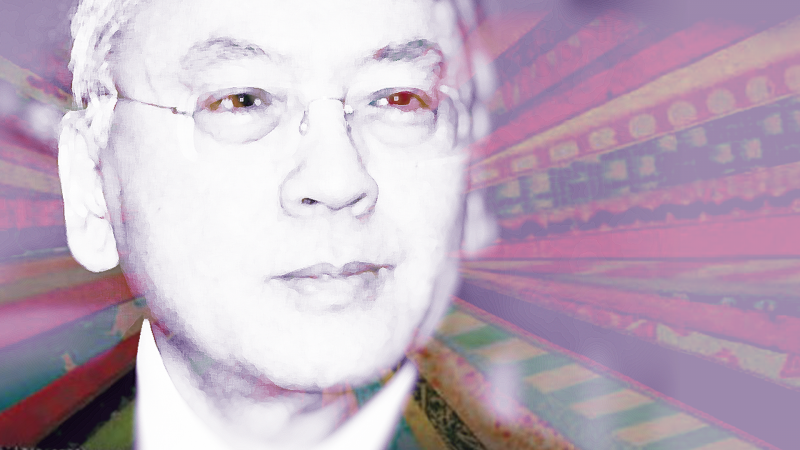 Famed novelist Kazuo Ishiguro recommends “Prayers for the Stolen,” by Jennifer Clement —a harrowing tale about young children who are abducted in the midst of Mexican drug wars.

Ishiguro, who was born in Japan but now lives in Great Britain, has no personal knowledge of the characters and place in this book. But to him, it has painted a picture that he can’t unsee, even if he might want to believe such things didn’t exist. It is also, he says, a portrait of innocence.

British novelist and short story writer Kazuo Ishiguro is one of the world’s most renowned contemporary writers. He has won the Nobel Prize in Literature, and the Booker Prize for Fiction, and writes most of his works in a first-person narrative style. Born in Nagasaki, Japan, Ishiguro has set some of his novels in Japan, and others in Europe, including his best known, “Remains of the Day,” which takes place in England. Ishiguro’s other books include “Never Let Me Go,” “The Unconsoled,” and “An Artist of the Floating World.”

I'm here to talk about a book I feel, although it's had some acclaim, it needs to have a lot more acclaim. And I've chosen the book by Jennifer Clement. And it's called "Prayers for the Stolen."

This is a story set today in Mexico, near the American border. And it's about young kids, you know, teenagers, teenage girls mainly, growing up in that that stretch along the border that's completely run by the drug cartels.

So for them, it's just normal that these drug cartels create this horrific environment that they're used to the idea that if they see SUVs driving towards their village across the desert, they have to all run and hide in these ready-made burrows because there's drug gangs readily come into the villages, kidnap the prettier girls, even if they're like nine, ten, eleven, and take them away to use us as prostitutes.

Horrendous things happen, but they just play in these little villages. To them, this is kind of normal. It's normal that their older brothers work for drug gangs. Sometimes it's considered to be kind of glamorous.

It's a terrifying picture. But I think it's a it's an important book. I think it's brilliantly written. It's very moving. I took it away from it a more universal thing. I'm not likely to go live in that part of the world. This is once again the story of innocent people, innocent young children who are almost genetically geared to see the world in an optimistic way.

The world around them is so horrific, but they kind of normalize it. The sadness, the tragedy of that kind of young children's view of the world. Their natural tendency to see the world around them as benevolent, clashing with [what is] such horrifically cynical and vicious and violent. It's actually before anything else, it is kind of very moving because you feel that this is something that probably occurred, you know, over and over again in different historical contexts.