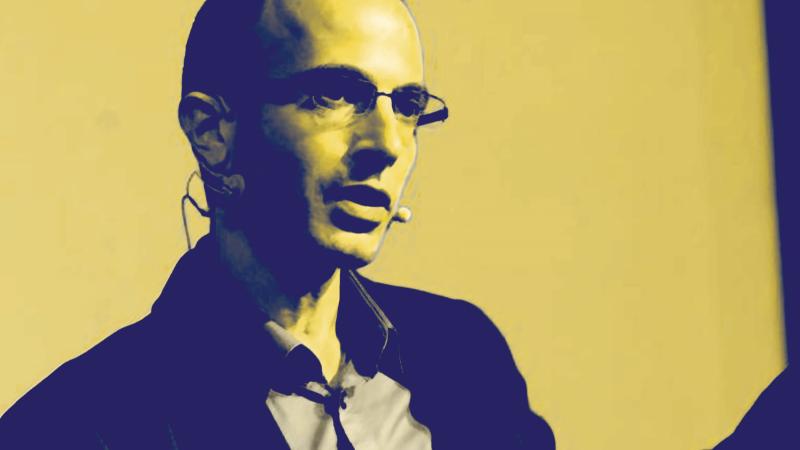 Sometimes you stumble upon a book that sets you on a whole new path. For Israeli historian and philosopher Yuval Noah Harari — author of "Sapiens," "Homo Deus," and "21 Lessons for the 21st Century" — it wasn’t a novel, a memoir, or even a history book that changed his world. It was a book about chimpanzees: “Chimpanzee Politics” by Franz DeWaal, one of the world’s most renowned primatologists.

The book, published in 1982, is based on DeWaal’s six year project to observe the world's largest captive colony of chimpanzees at the Arnhem Zoo in the Netherlands. In the book, De Waal attributes emotions and intentions to the primates he observed. His work inspired the field of primate cognition.

For Harari, the most radical aspect isn't what it tells us about notions of fairness or altruism in chimps — it's how it demonstrates just how much humanity and chimps have in common.

The book that influenced my life, my career, my research is "Chimpanzee Politics" by Franz DeWaal, a wonderful book that follows the politics of one chimpanzee group in a zoo in the Netherlands in the late 1970s.

It really changed my understanding, not just of chimpanzees, but even more — my understanding of human beings. And I think it's a book that any politician, or anybody who's interested in politics, whether you're a chimpanzee or a Homo sapien, should read.

If you're a chimpanzee, you probably want to be able to read the book, but maybe you can see the movie — they made a movie out of this book, "Chimpanzee Politics," and they showed it to the chimpanzee colony that the book is about. And the reactions were quite amazing.

You cannot understand humans if you ignore biology. You cannot understand human history, human politics, if you take away our connection to the rest of the animal kingdom, our connection to nature, and try to understand us on a completely different level. Of course, it's not enough to know just biology in order to understand history. There are some very significant differences between humans and chimpanzees, between humans and other animals, and you need to take these differences into account. But again, if you ignore the biological basis, you don't really stand the chance of understanding human politics or human anything.

Previously, as an historian, I read history books, I read medieval chronicles, I would read articles in journals like the "American Historical Review,' but I hardly ever read biology. I thought that this has little to do with my subject. And after reading "Chimpanzee Politics" — of course, it wasn't only this book — [I] realized that if I want to be a good historian, a professional historian, I need to get a much better understanding of biology.

It also changed me on the personal level. It's made a contribution towards opening my eyes to the existence of other sentient beings on planet Earth, the impact we humans have on them, and the terrible suffering that we are inflicting not just on chimpanzees, but on cows and chickens and sheep and pigs and so forth.

And this is one of the reasons that eventually made me to try and change my own behavior — [to] stop eating meat and stop being part of the industries that inflicts terrible suffering on billions of other sentient beings here on planet Earth.