The Women Who Revolutionized Primatology 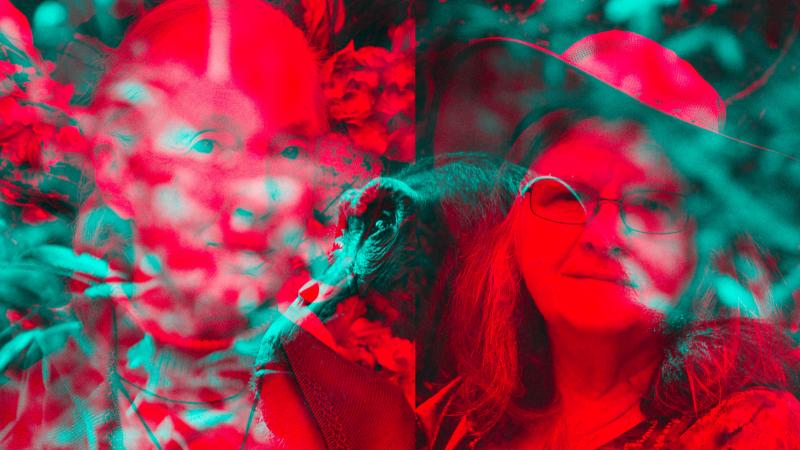 Do women make better field biologists than men? The legendary paleoanthropologist Louis Leakey thought so. That’s why he launched one of the 20th century’s most remarkable scientific experiments. He chose three women for a series of pioneering field studies of the great apes — Jane Goodall studying chimpanzees, Dian Fossey with mountain gorillas, and Birute Galdikas with orangutans.

All three spent many years living among the apes they studied, and Goodall and Galdikas raised their children there. Fossey actually died during in the field, murdered in her camp in Rwanda. Each of these women — dubbed “the Trimates” — went on to make major discoveries and became leading conservationists.

Steve Paulson has been fascinated by their stories for years, and has interviewed both Goodall and Galdikas. Now, as we hear more stories of women who abandoned their scientific careers because of sexual harassment, Steve dug through our archives to tell the stories of these two women who changed science forever.

On the faith Louis Leakey placed in Goodall and Galdikas, despite their lack of experience and training, based on a hunch about women being superior field biologists

Jane Goodall: I didn't have any science training. None. I left school at 18. I got a course of training as a secretary, got a job with documentary films, and then decided I had to get to Africa when I was invited by a school friend. So I left my job in London, which didn't pay very well, went home and worked as a waitress, saved up my wages and my tips, got a return fare for Africa. And there I met Louis Leakey.

He told me later that he deliberately picked somebody with no scientific training because he wanted to send somebody into the field with an unbiased mind. And of course, back then in the early 1960s, the ethologists of Europe were very reductionist. Humans were the only animals with personalities, minds, and above all, feelings. I hadn't learned any of that, so I went merrily ahead and gave the chimpanzees names — which wasn't appropriate. They should have had numbers. I described those vivid personalities and described many examples of clearly intelligent behavior and emotions that were obviously similar to — sometimes the same as — ours.

Birute Galdikas: When I was 19, I was sitting in a very large psychology class and the prof just sort of mentioned the woman living with chimpanzees. I just knew that this was what I wanted to do. Orangutans had not really been studied in the wild very well. There was this history of people going out and looking for wild orangutans and not being very successful at finding them. Because of this, over the years, there was a sort of mythology that had arisen in academia, basically that it couldn't be done.

I met [Louis Leakey] at a lecture at UCLA. I just went up to him after the end of the lecture and started talking to him. I told him that I wanted to study orangutans and asked him for his help.

JG: He deliberately chose women. He felt that women made better observers. And he liked working better with women.

And was he correct?

BG: You know, I think he may be right, at least for women in our society. Tests repeatedly show that women do see details that men don't see.

I'll give you an example, an experience I had. I was once at the home of an internationally known primatologist, who happened to be a man, and I was looking at a picture on his wall. And I said, "Oh, so these particular primates engage in male-male competition, fight a lot" and he said, "What do you mean?" I said, "Well look, the finger of one of the males is missing." And he looked and he'd been studying these primates for a year and it was a picture of them on his wall. He looked at me and said, "Funny, I never noticed that before." He had never noticed that part of the finger of one of his study animals was missing.

On how being a mother made them better at understanding their apes.

JG: If you look at women in an evolutionary perspective — and I compare chimp mothers and human mothers — you find that a mother would need to have been patient; otherwise children wouldn't do very well and they don't with chimps. The woman needed to be able to understand the needs of a non-verbal creature; that's our children before they can speak. And women traditionally — even if they've been subjugated — have been very quick to recognize the little communication signals in the household so that they can prevent arguments happening before they blow up, keeping children out of the way of irritable men.

I understood, for example, when a chimpanzee mother is approached by another one, and she gets all angry if the child is asleep or something, I've felt exactly the same - these surges of irrational anger if something happens that you think is going to harm or disturb your own child. So I could much better understand the mother chimpanzees when they behaved in what seemed to be the same way.

I really looked on Flo [the chimp] as a role model as well. She was patient and supportive. She was protective but not overprotective. She could impose discipline when she wanted. She provided a nice secure base for her kids. And she supported them if they got into difficulties. That's the hallmark of a good human mother.

How empathy and their multi-year field study led to their scientific discoveries.

BG: [For male biologists] it’s “get in there, get the data, and get out.” And I think women have a different attitude. The data is not necessarily everything to them. I don't want to give the wrong impression, that all male scientists are like this and all female scientists are like that, but basically I think we were speaking about different acculturation processes. I've noticed that the male scientist frequently will get the data and it will almost be like a trophy, almost like a scalp. Louis Leakey really zeroed in on that difference.

JG: I didn't know [that we were supposed to avoid emotional attachments] when I began. That's why Louis chose me. You know, I had watched animals all my life, long before I watched chimpanzees. And I think that having empathy with that creature you are watching is an immensely powerful tool. It gives you a platform from which you can start asking questions.

On making monumental discoveries, and what it meant to them personally.

JG: I can close my eyes as I am now, and just see it. I was a bit cold, it had been raining. I was pushing through some tall grass and suddenly I saw this dark shape hunched over the golden soil of a termite mound. And I peered through the bushes with my binoculars and the chimp had his back to me. I saw a hand reach out and pick a piece of grass. And I could see him pushing it down into the termite mound. Then the next time, a couple of days later, not only did I see him using the tools, but actually stripping leaves from a twig, therefore making a tool and that was the exciting thing. Because up until then, it was thought that humans and only humans used and made tools, and we were defined as "man, the toolmaker."

[On another occasion] I was sitting in the forest with David Greybeard. And I picked up a fruit and held it out to him. He turned his head away and I put my hand closer. He turned, looking directly into my eyes, reached out and took the fruit, dropped it. He really didn't want it.

Then he very gently squeezed my hand, which is how chimpanzees reassure each other. So, in that moment, we communicated with a language or communicated in a way that seems to pre-date words. Perhaps in a way that was used by our own common ancestor millions of years ago. It was an extraordinary feeling, it was bridging these two worlds.

BG: It felt like interacting with equals because they were so smart, but at the same time, the world of the orangutans rests on such different assumptions about what is important and what isn't. And it's so slow-paced.