Why We're Alone Even When We're Together 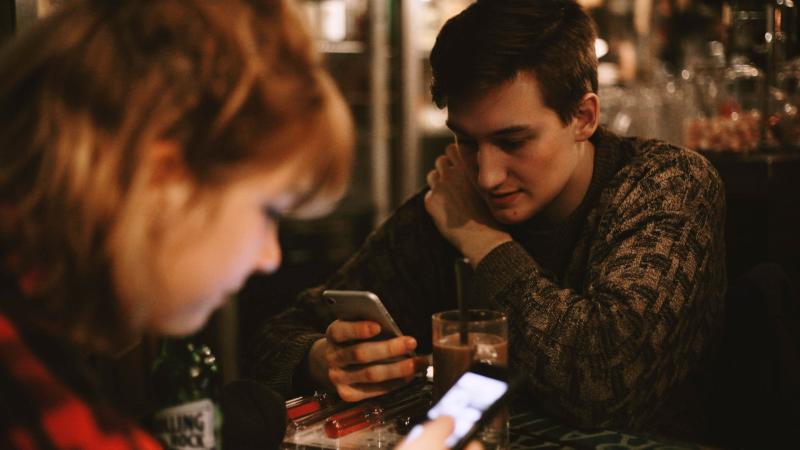 For three decades, MIT professor Sherry Turkle's been looking at the ways we interact with machines. She believes our digital devices are taking a toll on our personal relationships.

That can only come if you have a device with you that lets you know literally be dinner with your friends, looking up, and looking down at a moment at your BlackBerry and doing something in your virtual world, doing something on Facebook. Your life is a mixture of what you do in the real and the virtual.

I was at a funeral. People at a funeral party are hiding their Blackberries under the funeral program. They're texting.

It didn't just happen once. It happened several times, and many people have spoken to me about similar experiences they've had. It's about not taking a moment at the times that we need to be most present to each other.

It's not just about letting our attention wander. It's about forgetting the point of the exercise, which is to be with each other at the times that count.

To take a time to less dark: I was speaking to someone who was talking about a 15-year-old birthday party. And there's a point at this party when everybody wants to go home. Part of being 15 and successfully getting to be 16 is that 15-year-olds have to fight through that moment and learn to get along with each other and to make it work with each other.

But this 15-year-old birthday party everybody could just you know get on their Facebook and be elsewhere. And not have to deal with each other. And this option — to not just ignore each other but to really find an active social place in the world that doesn't include each other — I think that is genuinely new.

And that's the sense that I fear that we're losing and we need to refocus on.