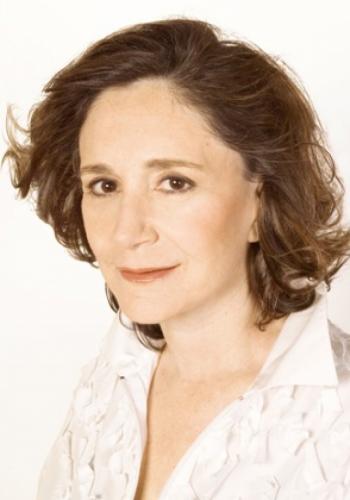 Sherry Turkle is the Abby Rockefeller Mauzé Professor of the Social Studies of Science and Technology in the Program in Science, Technology, and Society at MIT, and the founder (2001) and current director of the MIT Initiative on Technology and Self. Professor Turkle received a joint doctorate in sociology and personality psychology from Harvard University and is a licensed clinical psychologist. Professor Turkle writes on the "subjective side" of people's relationships with technology, especially computers. She is an expert on culture and therapy, mobile technology, social networking, and sociable robotics.

Her newest book is the New York Times bestseller, Reclaiming Conversation: The Power of Talk in a Digital Age (Penguin Press, October 2015), which investigates how a flight from conversation undermines our relationships, creativity, and productivity. For media inquiries, go to: http://sternspeakers.com/sherry-turkle .

Previous works include four other books about evolving relationships in digital culture (Alone Together: Why We Expect More from Technology and Less from Each Other; The Second Self: Computers and the Human Spirit; Life on the Screen:  Identity in the Age of the Internet; andSimulation and Its Discontents, and one book about the history of psychoanalysis, Psychoanalytic Politics: Jacques Lacan and Freud's French Revolution. Turkle has also edited several collections on how we use objects to think with, particularly in the development of ideas about science. These include Evocative Objects: Things We Think With; Falling for Science: Objects in Mind; and The Inner History of Devices.

Profiles of Professor Turkle have appeared in such publications as The New York Times, Scientific American, and Wired Magazine. She has been named "woman of the year" by Ms. Magazine and among the "forty under forty" who are changing the nation by Esquire Magazine.  She is a recipient of a Guggenheim Fellowship, a Rockefeller Humanities Fellowship, the Harvard Centennial Medal, and is a member of the American Academy of Arts and Sciences. Professor Turkle is a featured media commentator on the social and psychological effects of technology for CBS, NBC, ABC, CNN, the BBC, and NPR, including appearances on such programs as Nightline, The Today Show, Good Morning America, Frontline, Dateline, 20/20, and The Colbert Report.