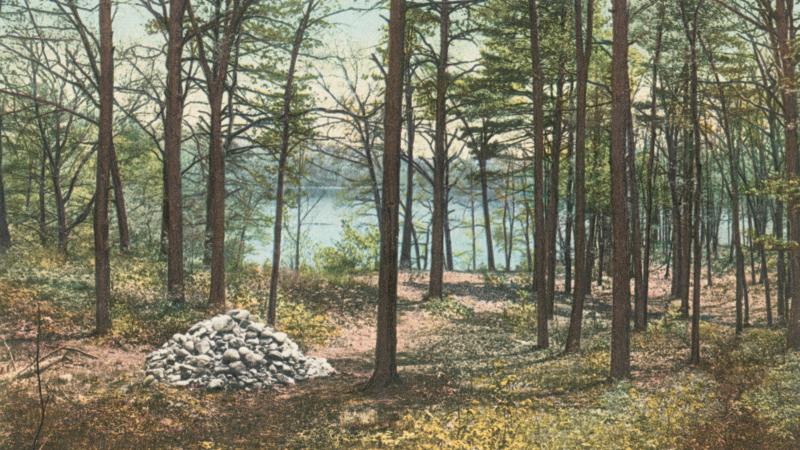 A famous line from Henry David Thoreau’s "Walden" have inspired generations of people, including his latest biographer, Laura Dassow Walls: "I went to the woods because I wished to live deliberately, to front only the essential facts of life, and see if I could not learn what it had to teach."

More than 150 years after Thoreau's passing, Walls wrote the first full-life of Thoreau in a generation, "Henry David Thoreau: A Life."

Speaking to "To the Best of Our Knowledge" in 2017, Walls offered Steve Paulson a measure of this iconic writer.

Laura Dassow Walls: They are two sides of the same coin, but they are not always compatible. So, in his address "Slavery in Massachusetts" he says he wakes up and discovers we are living in hell. How then can he walk away from town, away from the social storm that's breaking around them, to the pond? And it's a real question for him: 'How dare I go out into nature when I need to be here on the front lines fighting against slavery?' But he recovers to say that he does go out into nature and finds there a kind of symbol — a white water lily, which for him is the Buddhist symbol of enlightenment.

On Thoreau’s complicated relationship with Ralph Waldo Emerson, his intellectual and neighbor in the city of Concord, Massachusetts

LDW: Of course, Thoreau wants very much to be admitted into this elite intellectual circle that's gathering around Emerson, but he's the son of a pencil maker and doesn't want to enter as a charity case. So, he tries to catch Emerson's attention by writing a very stylish poem that will turn Emerson's head. And that works.

Eventually, Thoreau becomes Emerson’s apprentice and also handyman. Emerson buys a place on Walden Pond and gives Henry permission to build his long dreamed-of cabin on the pond. Building the house becomes a gesture of building his intellectual house and breaking away from Emerson.

Thoreau was very passionate and empathetic, and Emerson had a cool personality that tended to put people at a distance. Many people experienced this with Emerson, but it drives Thoreau crazy. So he develops a crusty oppositional stance to Emerson, and the two love it. They get along together because they're always arguing.

The difference between them is Thoreau is in love with the physical world. He's a sensual person who thinks nothing of stripping himself naked and walking into a stream, shocking everybody. He wants to feel the water on his flesh. So how can you convey that in print? How can you load your text with all those squishy, muddy, hot lively details of the world? And Emerson learns a lot about how to do that from Thoreau.

LDW: The moment he starts cutting down trees on the shore of Walden Pond to build his house, people start coming by because he's right on the edge of town where people can see him. He's more conspicuous now than he ever was when he was just another guy on the sidewalks of Concord.

Everybody can walk up to him and say, 'Henry what are you doing?' And he discovers that he has to find a way to communicate answers to their questions. These are real questions in a deep sense and he isn't sure of the answers himself. He's a very shy person himself, so he has to be ready to address people. And sometimes he's not. Sometimes he's rude to people because he needs space.

LDW: I kept feeling a strong sense of resonance between his time and our time. Thoreau is a social critic who wants to be the gadfly — to sting his neighbors into awareness. He has a sense that America is a continuing revolution. People around Thoreau were either the surviving grandparents who could tell stories about how we won our independence or the next generation saying there's more work to do.

So, as a young person growing up in that environment, he’s saying we've betrayed this project because he’s living in an America that celebrates freedom but holds millions of people captive as chattel slaves.

I'm a child of the 1960s and 1970s and see America as a continuing revolution. It needs to be reinvented and re-energized with every generation. So, here is our generation struggling for inspiration and a model. And for me the clear response was to look at somebody like Thoreau, who was so intensely part of his time but also looked ahead and imagined the future as a condition of real possibility.