'Why Do Police Do Traffic Stops?' Journalist Malcolm Gladwell On Rethinking Law Enforcement 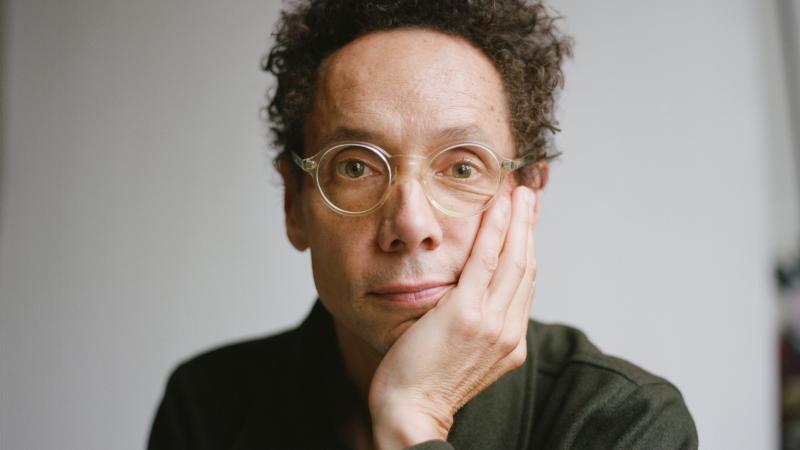 Attorney General William Barr has said there’s no systemic racism in America’s police forces. The problem is a few bad cops. But this "bad apple" narrative is precisely the wrong way to think about police brutality, says journalist Malcolm Gladwell.

Gladwell is the intellectual provocateur famous for mining behavioral science for his bestselling books, including "The Tipping Point" and "Outliers," and for his podcast "Revisionist History." Over the years he has written about many notorious cases of police brutality, including the deaths of Amadou Diallo, the African immigrant who was shot 41 times by New York police officers when he reached for his wallet to show them his ID, and Sandra Bland, the Black woman who died in a jail cell after being arrested for a routine traffic violation.

Gladwell has now been closely following the protests in response to the police killing of George Floyd. In an interview with "To the Best of Our Knowledge," he spoke about the entrenched problems he sees within American policing.

Steve Paulson: We’ve had repeated cases of African Americans killed by police. Why has the response to George Floyd’s death been different?

Malcolm Gladwell: It becomes impossible to ignore when it's happened so many times. What happened three or four years ago with Ferguson and the other wave of high-profile cases was a very clear precursor. I think we just reached that tipping point where finally people could no longer sweep this issue under the rug.

I mean, you could tell the story of Los Angeles through acts of police violence that involve young African American men and women, chiefly men. That's the story of the Watts riots in the 1960s. It's the story of the Rodney King riots (in the 1990s). And the Eula Love shooting, which took place between them. The social history of Los Angeles over the last 50 years can literally be told through this very particular problem of how a white police officer handled an interaction with an African American. So this is something we've been dealing with as a society for decades.

SP: You've been writing about police violence for years, mining the work of social scientists who study these cases. Are there any takeaways about what should be done?

MG: What I tried to do with my last book, "Talking to Strangers," was to look at the problem structurally. I was very interested in the case of Sandra Bland, the young African American woman in Texas who was found hanging in her jail cell three days after being arrested on an absurd routine traffic stop.

I tried very hard to move the conversation beyond the question of the specific motivations and biases of the police officer and move it to a discussion of structurally, what happens with policing that allows these cases to keep recurring again and again? And that's what has been very heartening about what's happened in the last few weeks and how quickly the discussion has moved to a structural level.

SP: So it's not just this one police officer who’s the bad apple.

MG: Yeah, the only way to deal with this is to think about it structurally. And to think, what do we want?

I was just reading this libertarian blog post by Alex Tabarrok, who's an economist at George Mason, and he said, maybe we should ask ourselves, why do police do traffic stops? Do we really have to? Other countries just have unarmed civilians give out traffic tickets. That's super interesting. So many of these problems come from traffic stops and there's no reason to assume the traffic stop is potentially a criminal event.

Imagine if the person stopping you for running a red light was my mom. She’s a thoughtful, 5-foot-tall, totally disarming West Indian woman in her 80s who is very good at dealing with people who are upset. She's not threatening. She will give you a very gentle tongue lashing if you're behaving badly. And if you're drunk, she'll call in someone to help her out. But it's not going to escalate if it's our mom, right?

Also, a lot of what police do is deal with people who are mentally ill. That's not the right job for the police.

SP: They're not trained to do that, unlike other professionals who are trained to work with the mentally ill.

MG: So this is an opportunity to rethink the role of the police. We haven't done it in a systematic way. You know, 99 percent of police officers are people who I think are honest and hardworking and want to do a good job. Their jobs are really, really difficult. But the 1 percent who are not good make it really, really difficult for everybody else.

So let's think about ways to lighten their load. We're asking them to do all kinds of things that are either outside their areas of expertise or are unnecessary. And so the next six months to a year are this incredible opportunity to sit down and say, "All right, what does a 21st century police force look like?"

SP: You would think a lot of police officers might welcome the directive to take certain responsibilities off their plate — to say, these are not the kinds of cases they should respond to.

MG: I absolutely agree that they would. And if their role was clarified in that way, I think it would be a lot easier for them to reestablish a bond of trust with the community they're serving.

The question is, can we repair that trust? And what does it take to repair it? To me, that is the urgent question.