The Weird World Of Eels 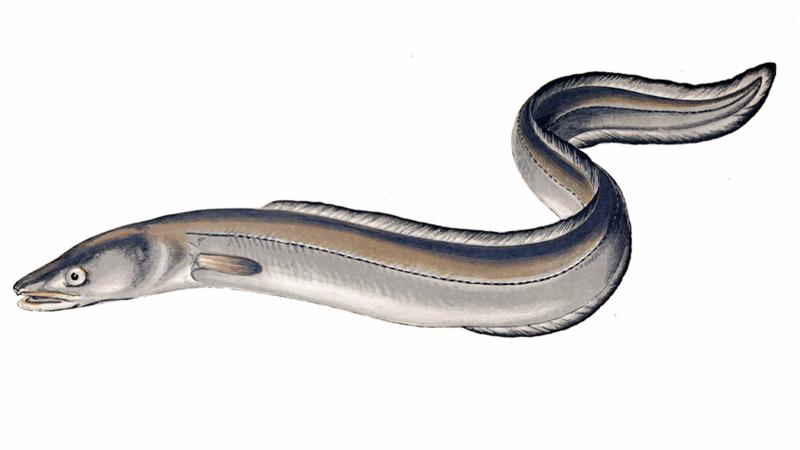 Eels are philosophically and scientifically slippery. They're fish that can survive for several hours on land, they can live for 85 years, and they don't have sex until the last year of their life. Even after centuries of study, they're still among of the most mysterious creatures on the planet. Journalist Patrik Svensson has been obsessed with them for a long time, and wound up writing a surprise international bestseller — “The Book of Eels.”

A transcript of my full conversation with Svensson ran on "Nautilus." Here's an excerpt:

Steve Paulson: To this day, no person has ever seen eels mate?

Patrik Svensson: No one has ever seen it because all eels breed in the Sargasso Sea, a region in the Atlantic Ocean, and only there. Aristotle studied the eel and tried to explain how they breed. But when he dissected them he couldn’t find any sexual organs. And he came to the conclusion that eels don’t breed at all. He thought that the eel just came to life out of nothing, from the mud in the rivers and the seas. Carl Linnaeus came to the same conclusion as Aristotle—that they don’t breed and that there are no sexual differences between males and females. But there’s an explanation for that. Eels don’t develop their sexual organs until they are on the way back to the Sargasso Sea in just the last year of their life.

SP: So every eel we might see in a river or pond in America or Europe has come from the Sargasso Sea?

PS: Exactly. The American eel and the European eel are two different species, but they are very much alike. And both of them only breed in the Sargasso Sea.

Read the full conversation over on "Nautilus."