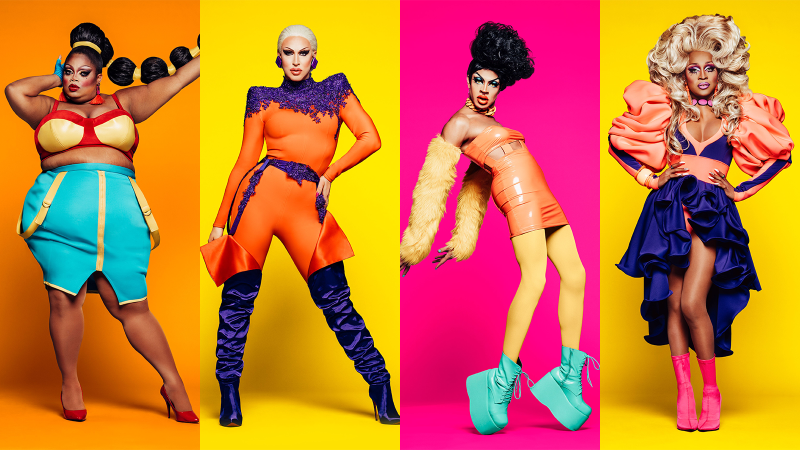 The streaming age means our shows are watched individually, on our own time. That makes it all the more remarkable that a television show about drag queens can bring people together in person.

"RuPaul’s Drag Race" is a reality competition show that mixes the design and fashion elements of shows like "Project Runway" and "America’s Next Top Model" with the competition and drama of shows like "Survivor" and "The Real Housewives." But with drag queens.

The contestants compete for the crown under the careful judgement of RuPaul, America’s most famous drag queen.

The show is subversive in its approach to challenging gender norms, highlighting queer representation and discussing issues like parental homophobia, trans identity and violence against the LGBTQ community. This hasn’t gone unrecognized.

"Because of you, a TV show of queer people, by queer people and for queer people has won nine Emmy awards," Ru says to fans watching the grand finale of season 11.

With the exception of sports and prestige TV finales like "Game of Thrones," there aren’t other TV shows quite like "Drag Race" that bring people together to watch in public. The show takes on new characteristics when it’s watched in a gay bar — it becomes its own weeknight event, with drink specials and "Drag Race" trivia. Bars can have local drag queens host and perform during commercial breaks.

But what makes watching the show special is the sense of community that’s felt when watching and sharing the same television experience in real time.

There are moments in the show that seem specially formulated and edited for the biggest reaction possible in a gay bar. There’s the main challenges, where queens may be impersonating celebrities on a game show parody of "Match Game" or performing a musical about the life of Cher. There’s the runway challenges, where queens show off their garments in categories like "Sequins on the Runway" and "Post-Apocalyptic Drag." Then there’s the "Lip Sync for Your Life," where two queens face off against each other in a lip sync battle for Ru’s attention and the chance to remain in the competition.

"It’s really kind of magical to be in a queer space with other queer people and watching something queer and having this guttural reaction over like a lip sync or a reveal," said Thomas, a "Drag Race" fan at Madison’s Prism nightclub. "It’s like our Super Bowl."

Gay bars have always been at the center of culture making and creative expression, and a place of political activism.

Fifty years ago, on June 28, 1969, a police raid on a small drinking den called the Stonewall Inn would spark nights of riots that would eventually become the Gay Pride movement. Gay bars were threatened with closure by police during the height of the AIDS crisis. Rallies and vigils were held in these spaces in the aftermath of the 2016 Orlando Pulse nightclub shooting, where victims lost their lives in what was considered to be a safe haven.

Today, Americans are becoming more accepting in their views of LGBTQ people and homosexuality. Dating apps have made it easier for queer people to meet one another. There may be less reason to have these dedicated spaces for queer folks to gather. But on Thursday nights, a groundbreaking queer television show doesn’t just become a reason to go to the bar — it becomes a reason these spaces are worth protecting.