Temporary And Part-Time: The Rise Of A New Precarious Workforce 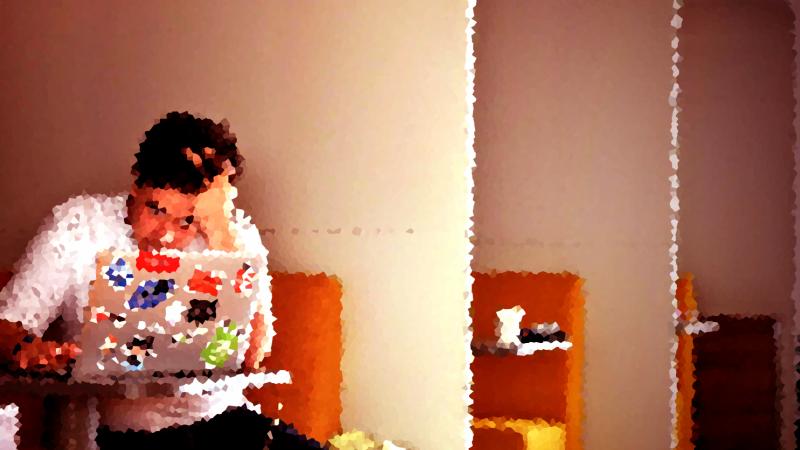 According to one estimate there may be as many as 50 million workers in the on demand economy, and they're not all Uber drivers or freelancers. They're also migrant farm workers, substitute teachers, adjunct professors, part-time accountants—anyone who works part time or a limited term job. Economist Guy Standing has a word for this new and very insecure economic class: "the precariat." Discussing his book "A Precariat Charter: From Denizens to Citizens," with Steve Paulson, he explained that the 21st century economy has established an entirely new class structure.

Guy Standing: At the top, we have a plutocracy — not the top 1 percent, it's the top .0001 percent. Billionaires, rich global citizens.

Then below them an elite with many millions. Below them is the old celeriat — people who have long term employment security, pensions, paid holidays, paid medical insurance, that sort of thing.

And below them in terms of incomes is the old proletariat, what Americans call the middle class, what we in Europe would call the working class — the people who would have had stable, breadwinner-type jobs with a nuclear family and so on. That's shrinking very rapidly.

And it's below them that the precariat is growing. And it consists of millions of people in all parts of the world who are being habituated to accept a life of unstable labor. The characteristics are this insecurity, but more importantly they have no occupational identity.

Steve Paulson: They do have jobs, but you're saying that they kind of jump around from from different kinds of jobs?

GS: The jobs jump around, and they're insecure, unstable, and they don't lead anywhere. But that is actually not the most important aspect of the precariat. More important is this lack of occupation and the fact that people in the precariat have to do a hell of a lot of work that is not labor. They have to network. They have to retrain. They have to search for new jobs. They have to wait around. They have to do a lot of form filling and thin like that, which in a real way is work. And in addition to that, this is the first working class in history which has a level of education which is, on average, above the sort of labor they expect to do. And then that is that is very frustrating.

SP: There is another trend that has emerged recently — and I'm wondering if there is a link to the precariat — and that's the rise of the on-demand economy. Is this tied in to what you've been talking about in terms of the precariat?

SP: Without a doubt. What I think we should be talking about is that people in the on demand economy or the sharing economy have to be seen as taskers. And one of the fastest growing phenomena in the labor markets of the world is "crowd labor." What's it's called crowd labor where you will find what is effectively a labor broker going online and saying 'we want so many tasks done. We're open for bids from people who are prepared to do these tasks.' And this sort of thing is leading to competition between people sitting in Manila. people sitting in Gola, people sitting in Wisconsin perhaps, or Manchester, competing against one another to find a very low wage that they are prepared to do the work. That sort of phenomenon is part of the on-demand economy.

SP: The way you describe that obviously is very unappealing, but I guess I'm wondering if there is also a silver lining, with at least some of these kinds of jobs — because it would seem that you might not be wholly dependent on one single job. You can kind of pick and choose, in theory at least. You could pick the jobs that would be more interesting and you wouldn't necessarily be tied down to the old traditional 9 to 5 job, beholden to one single employer who you might not really like.

The downside is that we're in a current situation where the old 20th century income distribution system as such has broken down. Real wages have been stagnant or dropping in the United States, in Germany, in France, in Britain, and in many parts of the world. And I don't think they're going to be reversed.

SP:Well I'm wondering if we also need to redefine what we mean by work.

SP: Are you saying that we should get paid for this? The searching for the job, or the caring for my mother?

GS: No, I think what we need to do is say 'look, we have we have a income distribution crisis. We want to encourage people like you and me to be doing many of these activities — voluntary work, community work, caring for relatives and other people, and so on.' And that is why I favor a basic income. We've got to think out of the box addressing these issues.

SP: You'll have to explain what you mean by a basic income.

GS: Basic income would be to give every citizen a guaranteed minimum income, paid each month in cash without conditions, on which they could survive.

SP: How do we afford it? Who Who pays for this?

SP: How big a basic income would people get?

GS: What I'm proposing is that you should have a modest amount paid as of right, and then use supplements as automatic stabilizers. In other words, if the economy was going into recession, you would top the basic income up. If it's in high employment situation, you could cut it back.

SP: You don't worry about it if people were guaranteed a certain income, that they would lose their incentive to find any job at all?

GS: We've done pilots in India and in Africa where in actual fact what happens is that people who have basic security work more, not less and when they work they're more productive, not less. People who have basic security tend to be more entrepreneurial in their approach. They take longer term rational decisions. They are more co-operative and they more tolerant of other people.

SP: Okay let's talk about the politics of some of this. I mean, it sounds kind of, frankly, like a wild idea. For instance, don't you have to convince the elites that your proposal for instance a basic Income is a good idea?

GS: Well that's the fascinating thing, Steve: that is exactly what is happening. I was recently invited to Silicon Valley you know a lot of high tech people very affluent in the top .001 percent. And they all saw the logic. They said 'look, if we don't go in that direction the inequalities and insecurities are going to become threatening to the whole system. And we will be losers as well.'

SP: Do you think the days of the stable permanent job are soon to be behind us? Is that whole idea, that you just get one job and you stay with it for years and years, is that is that disappearing?

GS: I think that it won't disappear, but we've got to deal with what is going to be the majority. And in many countries, we're talking about the precariat— now 40 percent of the total adult population are people in the precariat or feel that they are in it, or close to being in it. And that is a growing proportion, not a shrinking one — and it is not something to do just with the recession since 2008. It's a structural phenomenon that's been taking place over the last 30 years.