So You Say You Want A Revolution 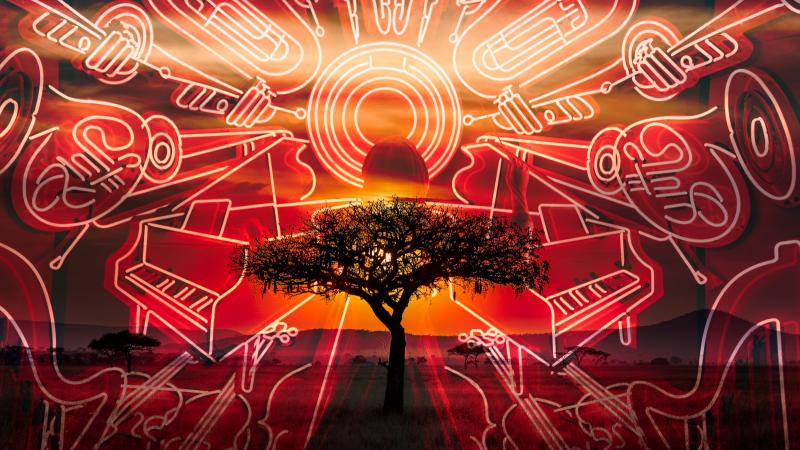 Valmont Layne came of age under apartheid in South Africa. Music, along with protest movements, radicalized him and shaped his political consciousness. He tells Anne and Steve that South African jazz became a musical current that’s traveled across oceans, spreading ideas about freedom. When he was growing up, Black music — wherever it came from — could be dangerous. It was the soundtrack for his generation’s revolution.

Our partners at the Consortium of Humanities Centers and Institutes (CHCI) have an extended text version of this interview on their website. Here's an excerpt:

Valmont Layne: You’ll need to know that when I was growing up, and when I was a teenager, something like R&B music—which today is ubiquitous and everybody's annoyed by it—was something you couldn't easily get access to. It was a precious thing to find, and people used to have these little informal networks where you could try to get Earth Wind & Fire records or Michael Jackson or whatever. There was, I remember, one program on the radio that was allowed to play Black music from America. The state told you what you could listen to. Most of what was on the radio was stuff that we would not identify with as Black youth. So, just getting access to music from outside became desirable.

VL:No, no, it doesn't. But we were kids. At that age, what do you think about as a typical teenage boy? You're thinking about going to dances, meeting girls, and you want a soundtrack to all of that. DJs were playing the stuff that they were getting from these informal networks; it wasn't banned, just not encouraged. So, we wanted access to that kind of cachet, that kind of coolness.

VL: From that time, it was a lot of disco, but I also think of artists like Robbie Jansen, Pacific Express, and The Drive. There were a few Black artists: Margaret Singana and, later on, Brenda Fassie. I grew up with Earth Wind & Fire, Bob Marley, and The Whispers. Linton Kwesi Johnson, a British artist, demonstrated more of the political stuff coming through, and, in 1985, Linton Kwesi Johnson was very big for me.

Read the full transcript on CHCI's "Ideas from Africa" hub.