Sexual Harassment, the Open Secret of the Scientific Community 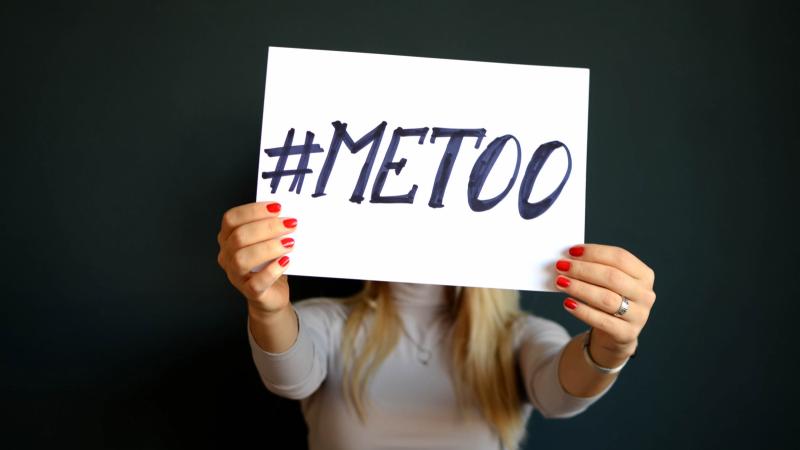 What do you do when your harasser sleeps in the tent next to yours? When the only communication is by radio and the only way out is by helicopter? When he controls not just your job but your entire future career? For women in science — especially for women who do field research — sexual harassment is so commonplace, coping with it can seem like just part of the job.

Jane Willenbring was a 22-year-old grad student when she joined a small research expedition to Antarctica led by her advisor, the well-known geologist David Marchant. She was excited about the work — piecing together the glacial history of the East Antarctic ice sheet. But shortly after they arrived, she says, Marchant began calling her names, calling her “f•••ing dumb” and telling her she’d never make it in science.

She recalls overhearing Marchant repeatedly urging his brother — who was also on the trip — to have sex with her. As if that didn't make camp uncomfortable enough, Willenbring says a “crate of pornography” would come out at dinner time. “People were looking at pictures of naked women,” she remembers. “There were comments about my breast size compared to the breast size of the models.”

Then there was the weird physical hazing. On more than one occasion, she says Marchant “pushed me down, sat on top of me and pretended to spit on me.” She says he threw rocks at her while she tried to pee. She tried hiding, eventually she avoided going to the bathroom in the field altogether. After days of holding her urine for 12 hours at a time, she got a bladder infection, at which point she says “there was a discussion about how we didn't want to waste helicopter hours taking me back to the base for antibiotics.”

The other graduate student on the trip — Adam Lewis — was shocked and sympathetic. He has since corroborated much of her account, but Willenbring says that at the time “he was in the same position as me. We both wanted to get our degrees. There really wasn’t anything we could do.”

Erika Marin-Spiotta wants to understand and perhaps prevent that sense of helplessness Willenbring felt. The University of Wisconsin - Madison professor is leading a $1.1 million grant project from the National Science Foundation to investigate how and why harassment happens within the sciences, particularly within the geosciences — not because they're the only science facing harassment as a systemic problem, but because of the high likelihood of many, many more students facing the circumstances that Willenbring and Lewis faced.

The problems aren't limited to the experience of the field study itself. In graduate school, alienating an advisor can be tantamount to career suicide. Young researchers in Willenbring’s position often feel they have limited options: leave, switch fields, or keep quiet.

Marin-Spiotta says that the hierarchical tradition of graduate study — where your adviser can make or break your career—makes Willenbring's story sadly common, and rarely heard. "You might depend on that person for your funding. Access to field sites. Or access to data," she says. "And so there's a lot of power there and there's a lot of potential for abuse of that power."

Other cases have rocked science communities recently. Three Dartmouth psychology professors are currently under criminal investigation for sexual misconduct; a distinguished engineering professor at Princeton, a prominent molecular biologist at the University of Chicago, and the world’s top planet finder —a University of California, Berkeley astronomer —have been found guilty of sexually harassing students. And those are just the cases that made national headlines. A 2015 report found that one in three women science professors surveyed reported sexual harassment, says Marin-Spiotta.

A big part of the problem might be the way harassment training tends to take shape in higher education, with a legalistic approach packed with what Marin-Spiotta observed as "canned scenarios" that may not relate directly to the day-to-day work of those being trained. Instead, her work suggests that the focus should be on training everyone in the scientific community to know what abuse looks like and how to make clear that it will not be tolerated. "What we want to do is really empower the community — empower scientists, professors, students — to basically not put up with this environment," says Marin-Spiotta. The current training model might give Willenbring the awareness that she was being harassed, but this "bystander training" model would focus on giving her fellow grad student better tools for pushing back against harassers and calling out their behavior as unacceptable.

Since many students who are harassed make an early exit from science, the costs of harassment to the broader scientific enterprise are hard to quantify, but certainly real. "People leave their programs and very often there's no exit interview," says Marin-Spiotta. "You know it happens, but it's really hard to come up with data."

Willenbring chose to persevere, but she didn't forget what happened to her in Antarctica. In 2016, sixteen years after her field trip in hell, she got tenure at University of California, San Diego and filed a Title IX complaint against Marchant. Last month, Boston University investigators found him guilty of sexually harassing her and another former grad student. The investigators didn’t find credible evidence of the physical attacks that Willenbring alleges, but they did conclude that there was “a preponderance of the evidence that Professor Marchant directed derogatory sex-based slurs and sexual comments at Dr. Willenbring” during that 1999 expedition.

Marchant maintains that the allegations are false, and is appealing the findings of Boston University. He remains on unpaid administrative leave.

Willenbring says that she didn't get any satisfaction from filing the suit, but she felt it was important not to remain silent, as she took stock of the impact it might have on future women in the sciences. "I had to take my daughter in to work [one day], and I still had my lab coat on," said Willenbring. "She said 'Mommy, you really are a scientist! I want to be a scientist just like you mommy.' That's the part that really got me." Her hope for her daughter? That the joy of science — not the perils of it — will be her focus if she heads out on a field study of her own.