Poetry as protest: 'When people are powerless for so many hundreds of years, language becomes a weapon' 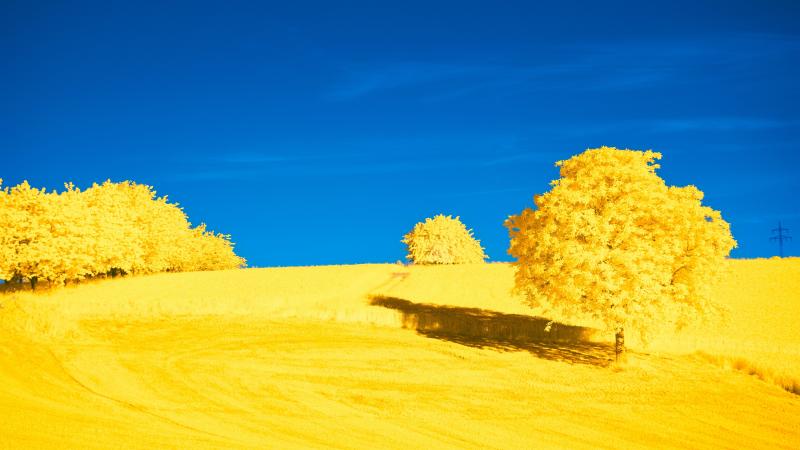 Days after the Russian army invaded Ukraine, when the whole world was trying to make sense of what was happening and how to respond, some words started circulating online.

We Lived Happily during the War

And when they bombed other people’s houses, we

but not enough, we opposed them but not

in my bed, around my bed America

I took a chair outside and watched the sun.

In the sixth month

of a disastrous reign in the house of money

our great country of money, we (forgive us)

lived happily during the war.

This is a now famous poem by Ilya Kaminsky, the Ukrainian-American poet. His is the voice many of us turned to, again and again during those first weeks of war, when it was becoming clear that what was at stake in Ukraine was not only the future of one country – but a certain set of values and ideals: democracy, self-determination, freedom of expression.

Kaminsky grew up in the city of Odessa in Ukraine. His family moved to the U.S. when he was 16 — that’s when he learned English and began writing poetry. From that early age, he developed a deep personal understanding of the political power of poetry and language.

"When people are powerless for so many hundreds of years, language becomes a weapon," Kaminsky said.. "You might not have guns — in fact, Ukraine doesn't have the guns to close the sky, and no one is willing to do it. But you still have language."

Kaminsky spoke with Anne Strainchamps for "To The Best Of Our Knowledge."

Anne Strainchamps: "We lived happily during the war" is such a scathing and beautiful poem. What would you like readers to take from it?

Ilya Kaminsky: What do I want readers to take ... well, in a poem, one hopes to create an experience in the reader. In this case, the hope of the poem is to help the reader to see their own complicity. The poem is a warning. After all, how many wars can we live through happily?

AS: To me, it's very much a poem written to inhabitants of an empire.

IK: I would say that I do kind of see irony that the citizens of (the) American empire are showing so much concern for the victims of the Russian empire, while Americans regularly bombed on other people's houses, and all the while it uses police brutality against its own citizens at this very moment.

Who remembers Chechnya right now? Putin using ballistic missiles to bomb the capital of Chechnya, the city of Grozny into the ground around 1999-2000. The West chatted about it for about five minutes. And then we forgot. Why? Because oil and gas companies make money. They (have) dealings with Putin.

AS: One of the things I've been thinking about a lot lately — as I sit in the middle of one empire, the United States, and watch another empire, Russia, invade a small country — it seems to me that language and poetry in particular have always had something to say to push back against empire. You told a story in an essay you wrote in 2017 — but I read it recently — about a poet and friend of yours.

IK: A very interesting thing happened in 2014, (when) Russia first invaded Ukraine. Boris Khersonsky was — at that time — the most known and beloved Russian language poet in Ukraine. And he said in public that "today, I am not going to speak Russian, I'm going to speak Ukrainian." And he began writing poems in Ukrainian. So it's amazing that a poet would refuse his own language.

The story of his wife (who is also a poet) in some ways is more interesting. Lyudmyla Khersonsky was born in the country of Moldova, so Ukrainian was never her language. She had to learn Ukrainian in order to write poetry in it.

Imagine if, here in the United States, when unfortunately, President Donald Trump began to build a wall to separate the United States from our neighbors and Mexico. What if most American poets say, "I refuse to speak English, I'm going to write poems in Spanish from now on. I'm going to learn a new language as a protest." It's an amazing thing to imagine.

AS: Why is war the subject that you keep writing about or keep coming back to?

IK: Up until I was 16, most of my childhood and adolescence happened when the Soviet Union was falling apart. Watching a country fall apart prepares one to be alert to crisis. It was a time when the door to our apartment was set on fire because we were Jews.

AS: Well, I was so interested to read that you've been in touch with a lot of poets throughout this war, and you asked one poet what you could do to help, and he said, just send more poems, because we're starting a literary journal. And I thought, they're starting a literary journal in the middle of a war? That's remarkable. But then when I thought about it, I thought, when else would we need poetry, but during a war?

IK: Well, the person that you're referring to, his name is Evgenii Golubovsky. He is in his 80s. He is a journalist, all the way back to the middle of the 20th century. He met the widow of a poet, Osip Mandelstam, her name was Nadezhda Mandelstam. Mandelstam was a legendary poet who wrote the poem against Stalin's government and was sent to Siberia, where he died. And his work was prohibited for decades.

This man Golubovsky met Nadezhda Mandelstam, who gave him a copy of the poems written on cigarette paper. He ended up working for a newspaper, and he published the poems.

And the beautiful thing is he's still here now, and he is starting the writers group for young people, because he knows that it matters, that it does change.

So yeah, that's the kind of human chain that we create, that we find in words to each other, sometimes. Will that stop Putin? Maybe, maybe not. But it will help us to continue.

AS: Does poetry give us some kind of speech or can poetry say things that other forms of language can't? I mean, is that part of what makes poetry the thing we turn to so often during times of crisis? You know, when it feels like what we're feeling or what we're going through, we can't somehow use ordinary language to express it. Poetry becomes the language that we use to break up whatever is frozen in us, whatever we cannot adequately express. But I don't know why poetry has the ability to do that.

IK: I think you are beautifully answering your own question. I can only add to it by saying (that a) poem is a spell. It casts a spell on us. It's a memorable speech that we remember when things get difficult. And that memorable speech offers us a balm, offers us a way to go on.

You can't recite the whole novel of 400 pages, no matter how wonderful it is. You can't recite it to the person sitting next to you. But you can (recite) a poem. It's a kind of moment of silence that we carry from one human body to another, that we transport by means of language.

AS: That's so beautifully phrased, Ilya. I'll just ask very simply, what keeps you writing now in the dark times?

IK: I'm afraid on this planet there are always dark times. The question is whether or not we shield our eyes to them. The dark times happen all the time. Some people, unfortunately, have to go through wars, but we all lose parents, right? We all see tragedy in one way or another. We all die. We don't get not to die, right?

The answer to this question was driven by Bertolt Brecht, a great forward of German language who protested Nazis and was living in exile. He wrote a little poem:

In the dark times

will there also be singing?

Yes, there will also be singing.

About the dark times.