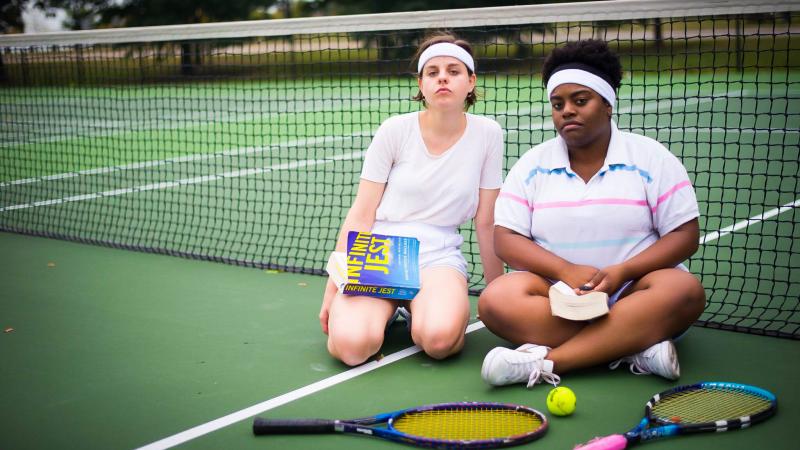 David Foster Wallace’s masterpiece — "Infinite Jest"— is famously difficult to read. It’s more than 1,000 pages long with extensive footnotes. The structure is based on a mathematical object called a Siepinski Gasket. The chronology is confusing because the years aren’t numbered, they’re named for corporate sponsors — there’s the Year of the Adult Depend Undergarment, the Year of the Tucks Medicated Pad and of course, the Year of the Perdue Wonderchicken. Characters include violent Quebecois separatists, drug addicts, tennis students, an avant-garde filmmaker and a militantly grammatical mother.

And that's before you consider what we've learned about Wallace in the years since his death. Right after his suicide, most of the talk about Wallace was reverential, even awe-struck. But in recent years, a critical backlash has emerged as both his words on paper and his actions in the real world have been debated and scrutinized. Appreciating his work fully has become more complicated — he’s been called both genius and overrated, beloved and misogynistic. His trademark bandana is recognizable to many readers who might not actually know the man if they saw him on the street.

Whatever you think of him, Wallace is undoubtedly part of the conversation on literature and our cultural moment. Just take a stroll around the DFWeb.

Those still obsessed with DFW include the numerous book clubs, many online, dedicated to reading his most famous book, the 1,000+ page “Infinite Jest,” as a communal practice. There’s encouragement in numbers.

Among the minutiae a Wallace devotee or arch-critic may find interesting? A list of the words he once circled in his dictionary.

The Howling Fantods, delivering DFW news since 1997, is perhaps the most complete Wallace resource, including parodies of his writing, up-to-date tweets that involve him, and a DFW motivational poster competition.

And “And But So” — a nod to Wallace’s frequent use of this triple conjunction in “Infinite Jest” — is a new podcast created by two self-described “cranky feminists,” Colleen Leahy and Makini Allwood. They are in production now, working on themes of tennis, empathy, and religion as they dissect Wallace’s work. On this week’s show, you’ll find Leahy and Allwood talking about the literal weight of the commitment to read “Infinite Jest.” Heavy stuff.