Noah Hawley on the Creative Challenge of Adapting 'Fargo' 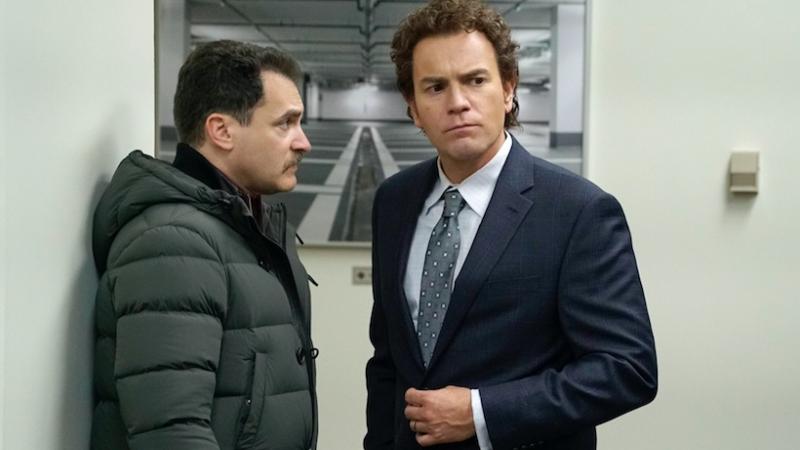 Joel and Ethan Coen’s 1996 film, "Fargo," is a contemporary classic.

The film stars Frances McDormand as a pregnant police chief in northern Minnesota. In the dead of winter, she’s investigating a series of murders which are the result of a desperate car salesman’s ill-fated attempt to kidnap his wife.

In 2014, FX decided to create a TV series, also called "Fargo," based on the iconic film.

Initially, audiences may have reacted with skepticism at the idea of adapting such a classic, but showrunner Noah Hawley's approach for adapting the series proved to be a formula for success. Two seasons in, the series has been nominated for 133 awards and won 32.

To The Best Of Our Knowledge producer Doug Gordon had a chance to talk to Hawley about what to expect from season three, premiering at 9 p.m. Central Time on Wednesday.

Gordon: Noah, how did you become the guy who adapted the Coen brothers 1996 film, "Fargo," into a TV series?

Hawley: What FX said to me was, "We'd love to make a series out of 'Fargo' but we're wondering, can you do it without Marge because Frances McDormand’s performance was so iconic? You can't really recast and do the further adventures of Marge. And then what are you really doing except trying to capture a tone of voice?"

I said to them (FX network executives), that every year you could tell a whole new story that fits into the mindset of what "Fargo" means.

You know it's both evocative of a place — what Joel and Ethan called "Siberia with family restaurants." You know, sort of open tundra but also now after that movie, it's evocative of a kind of story, you know, a true crime story where truth is stranger than fiction.

G:  Each season has its own unique thing — different characters, different storylines. Can you kind of give me some insight into your creative process about what else you decided to do to make it work as a TV series?

H: It has to have a thematic content to it and a sort of underpinning of what the story is about that is greater than just the sum of its parts. So this idea of ... civilization versus the wilderness.

If it's a place where you can get the meatballs at the buffet and then freeze to death in the parking lot, like there is this sense that you're on the border of true wilderness in a sort of elemental way.

And I felt the same instinct with Martin Freeman's (TV) character and when he collides with Billy Bob (Thornton) in that emergency room, that sense that he had put on his mukluks and gone out into the wilderness and brought something back with him that then sort of poisoned the rest of the story.

G:  What can you tell us about the upcoming season?

H:  We've signed on Ewan McGregor to play two roles actually. He plays these brothers, one of whom is a sort of older, successful parking lot king of Minnesota; and his younger, less-good-looking brother who's a parole officer.

(The younger brother is) someone who believes in punching down. He’s a little bit of a bully toward his parolees because he feels like he was bullied by his brother. And, you know, there's a kind of original sin between these two brothers that comes back to haunt them.

Each of these seasons kinds of starts with a catalyst, whether it's two men meeting in an emergency room or a woman driving home with a man sticking out of her windshield making dinner for her husband.

So what I love about the movie, "Fargo," is that it's not a whodunit. There's no mystery. You meet the criminals before the crime is committed, and then you don't meet law enforcement until their natural part in the story, which is after the crime has been committed.

And so that catalyst, what is that catalyst that brings all these, all these players into orbit around each other and on a collision course, that's always the critical component. And then designing enough moving pieces that it does have that element of randomness to it and unpredictability which I think is, hopefully, one of our hallmarks is a story that that's unpredictable when you watch it. But that feels inevitable when it's done.