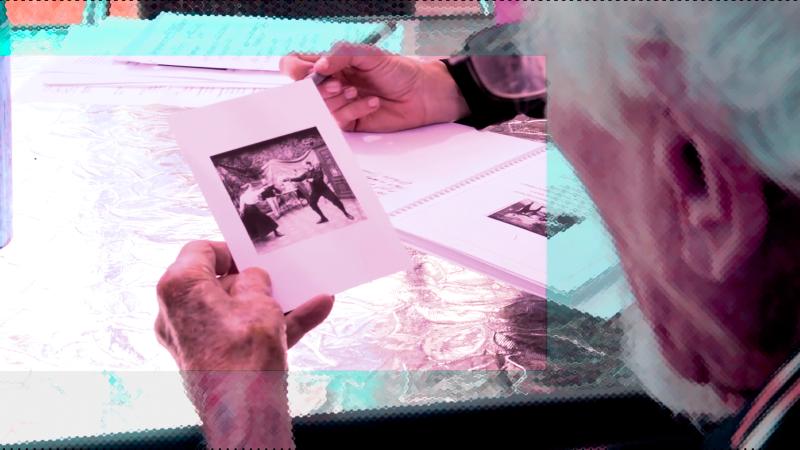 Anne Basting uses the arts, including theater, music and storytelling, as ways to communicate with and heal older people. Basting has found asking people with Alzheimer’s disease or other dementia "beautiful questions" — open-ended queries rather than pointed yes or no questions that require remembering something specific — can create powerful connections.

In 2016, Basting, a gerontologist who is also a professor of theater at the University of Wisconsin-Milwaukee, was named a MacArthur Fellow, receiving a MacArthur Genius Grant for her research on aging and memory. Her work pushes boundaries of typical work in this area through such experiments as staging plays with dementia patient actors and using all types of art to create sensory connection in the elderly.

The MacArthur grant is a five-year, $625,000 award designed to encourage extraordinary pioneers in many fields. Past winners include poets, surgeons, historians and economists. The fellowship is unusual in that it allows no applications, nominations are anonymous, and the award has "no strings attached, or required outcome."

Anne spoke with Basting about her groundbreaking work.

Anne Basting: If you're asking someone, "Do you remember one night when we did this?" Or "Do you remember me and my name?" there's one answer. And when you're dealing with cognitive challenges or any kind of cognitive disability the likelihood that pathway is broken is really high. But if you shift to open the question to what I now call beautiful questions, that opens a shared path of discovery, you've opened a thousand pathways.

An example is, "What is something you treasure in your home and why?" "What is the most beautiful sound in the world? And can you make it?"

AS: The experience of dementia inspires fear from the moment of diagnosis. We all know the way the story is going to go. The decline, senility, the gradual extinction of what we call personhood. That story is so terrifying to us collectively it's almost paralyzing. Why do you think we're so afraid of dementia?

AB: In Western culture we prioritize cognitive control and we subsume the emotional intuitive experience which is present all the way through that experience you just described. So that is still there, and there's a lot of forms of memory that are still there. But explicit, rational language is what erodes and that's where in Western culture we've put all of our eggs in that basket. That, plus our general denial of mortality which is also packed into that fear that you described.

And so we want to stay independent as long as possible which means living alone in horrible isolation. We make it worse, so much worse, through our own fear. If we can start to peel that away, we see the experience of living with dementia is not as purely horrifying as we make it out to be. It doesn't have to be that way.

AS: Do you see older people or people with dementia or Alzheimer's differently now?

AB: I started very early on when I first started doing this work seeing the spark of humanity. The power of that is indescribable.

That was 25-30 years ago and I now find myself growing into a personal relationship in my own family with my mother experiencing dementia. And it's a new test for me of being able to move through my own fears and my own emotional responses.

AS: Has there been a moment with your mom where something happened, a moment of awakening or realization for you?

AB: She's very, very early. It will get harder, but the thing I think I'm most proud of is my dad who's caring with and for her, who's read everything I've ever written. He’s a big fan.

He tells me stories about how he'll hit a moment where mom will forget something. They'd gone out to dinner with friends just a few hours before and she'll say, "Do you want me to set the table for dinner?" He could become very upset by that but instead he thinks of a beautiful question and he says, "Are you hungry?" It’s opening that moment to emotion and allowing her to have her own response in that moment rather than shutting her down and saying, "Don't you remember? Don't you remember?"

He's doing better than I think I could of turning my own work into the caring relationship with my mom.

AS: We’ve been talking about this on an individual level. So let's make it big, because so much of what you do now is really about changing the entire health care system in order to make this creative imaginative connection just baked into the way we treat our elders.

You have this lovely phrase that you think art should be poured into the water of our care system, which I love. What do you imagine?

AB: Well, I think it's actually just repair work because I think somewhere along the line, like in the late 19th century, we institutionalized the arts and culture world and the medical world and they became completely separate. And I feel like slowly you can feel these two monoliths coming back to each other. The world in which human beings express themselves, dream, make meaning and tell each other stories has got to come back and be part of being a healthy human being and community.

AS: So you mean that we decided somewhere along the line that there's amateur art or art activities but real art is something only professionals do.

AB: I just finished a project in Kentucky with 12 rural nursing homes. We staged original plays that were the most powerful theater productions I've ever been involved in in my life.

The larger move is away from the entertainment model, which is what we're most used to.