Listeners Describe Which Death They Would Choose 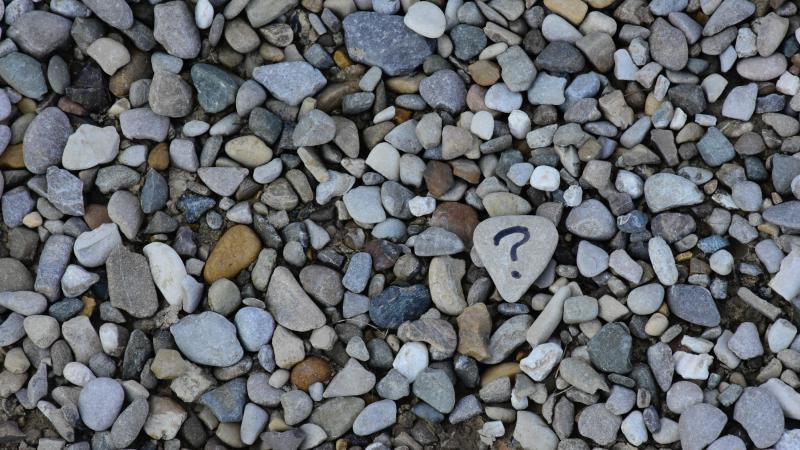 Suppose you know your death is imminent, but you have a choice about how you will die. What would you choose? We’ve been mulling over this question ever since our friend Tim Taylor posed three possible scenarios. In each case, the process would begin soon, not decades in the future when you might be old and frail.

When we posed these choices to listeners when our "Death" series aired in 2014, most chose to die painlessly in their sleep — about 58 percent. The second highest total was for the option where you were diagnosed with terminal cancer and given 12 months to live; 24 percent of people chose this. The least popular option was the hour-long and painful death caused by a cataclysmic event (our example was a bear-mauling. Ouch!). Still, 18 percent of respondents chose that answer and eloquently described why.

In fact, while the overall results are interesting, we've been most moved by the thoughtful, and often deeply personal, narratives that people have sent in. In fact, about 65 percent of respondents took the time to write about their choice. While of some of the messages were cryptic (“You know why!”), most of the people who wrote in waded bravely into complex intellectual and emotional territory.

Here are some of our favorite responses, grouped by question, and lightly edited for length or clarity.

This option is: “You die in your sleep. It’s painless, without any knowledge of it happening and no chance to prepare.”

This option works for me as long as I keep in mind that any moment could be my last. I try to keep my relationships clear, my bucket list short, and my will finished. I also regularly contemplate life, death and what’s after (if anything).

I have known people dying from cancer; it pays a toll on all their loved ones. Any decision for or against treatment is almost seen as a decision to try to abandon or stay with them. Even when terminal, they still hope. The last weeks the cancer patients are not there, but the family hopes.

Because not everything in life you can be “prepared” for… it’s not like studying for an exam! Be happy the death is quick and painless and not worry about anything else!

It is my plan to live a long, fruitful, healthy and happy life, and to die in my sleep in my late 80s. A girl can dream!

From one world to another. Sleep. Sweet sleep.

This option is: “You’re diagnosed with terminal cancer and you will die within one year. The first two – three months are relatively pain-free, but the condition increasingly worsens over the last nine months as you approach death. You will die in hospice, with family and friends present.”

This is the scenario I was dealt, more or less. I was recently diagnosed with a cancer that is not treatable with any radiation or chemo. The only option is the surgical removal of tissues, and then hope for the best. Second surgery is imminent.

I have never been afraid of dying, as I feel that I have lived fully. I am also greatful for the time to prepare in regards to divesting of ‘stuff’ (for my husband’s sake). My mind-set of what is important has changed. Many things, both tangible and temporal, no longer matter. I have stopped working (pre-retirement years) since my health began to fail, and I have less stamina. I am 54. I have also taken up watercolor again since my youth, when my talent was well recognized and received. I have no children, so what I create will be my legacy. There is much work to be done! My hope is that it can be accomplished. It has been exciting.

My mom was diagnosed with stage 4 lung cancer in the beginning of March 2014. She died on September 8, 2014. I stayed with her for most of the time when she was ill. I went to the hospital with her for her chemotherapy. I knew that she had at the most a year to live. She knew that also. She wanted to prepare for her death more but her condition got worse after 3 months. We talked a lot about her illness but not much about her death. The only thing she told me is if there is no chance for her to live, just let her go with the least pain. She was unconscious in her last day. Her heartbeat got slower, and she blinked once, and then she was gone. I want to learn more about what she really felt and thought. For me, a preparation is a good reward for death.

I’ve seen too many situations where a family gets no warning and has no closure. Have a few months to make a few positive memories, get your affairs in order, allow people to care for you and do the best you can to appreciate them.

Of the three options, this is the only one which gives me time to say a last “I love you” and “goodbye” to the ones I cherish. It might be the hardest death for all concerned. In the last five years I have witnessed the death of my father and my husband. It was an honor to be there. Both men were in a coma toward the end and I believe that they heard all that I and my children needed to say to them. I wish that both men could have replied to those messages.

The option is: “You die within one hour of a cataclysmic event while alone outdoors. Maybe a bear mauls you on a hike. It’s painful and intense, but you have a brief chance to ‘comprehend’ your own death.”

The brief chance to reflect and come to terms is appealing to me more than the other two alternatives presented. Should I, during this moment of consideration before I succumb to my bear-wounds, find that my life was fulfilling and supportive to my fellow humans, then I should rest easy. Conversely, should I find myself disappointed with the course of my life (perhaps with the recent turns events that brought me here), I rejoice in the idea that I wouldn’t have long to dwell on it.

I think it’s important to comprehend death, especially as it’s happening, if possible. As a folklorist, I’m interested in the rituals around death and how they affect the dying and those left behind, so this would allow me to see it from both sides in my life.

I choose the bear because it’s the best story. It’s not the selfless choice or the selfish choice, and it’s not for or against posterity — it escapes posterity.

Additional Thoughts on the Data

Even though more people are choosing to die in their sleep, people who are choosing the cancer option are much more likely to write narratives, and their narratives are much longer. Almost 95 percent wrote responses, the average length of which is 77 words. By comparison, for the sleep option, only 52 percent of people who've responded so far included a narrative, and they were only around 35 words long.

My guess is that this is likely due to both the way the question is worded and the statistical likelihood that many of us have had a close experience with someone who has had cancer. Cancer remains the second-leading cause of death in the United States to heart disease, and cancer is much more likely to be the cause of death as you age. As George Johnson wrote in the New York Times, “If the heart holds out, then waiting at the end will be cancer.”