Dying without fear: How psychedelics can ease the anxiety of terminal illness 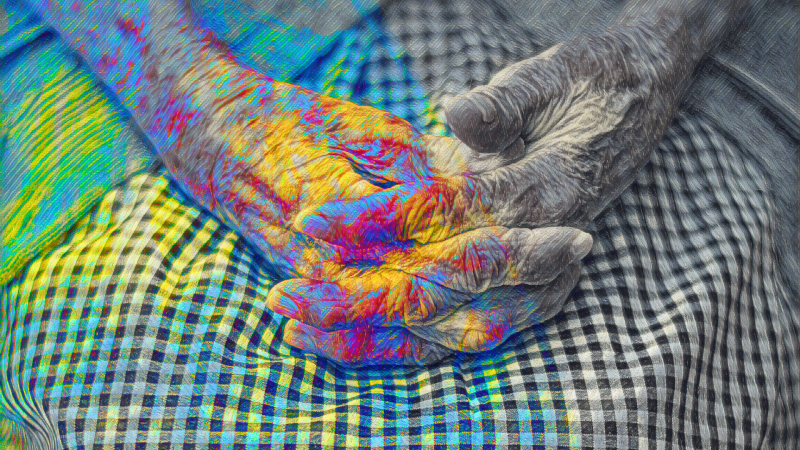 When Lou Lukas meets a new patient, she knows two things right away. First, that her patient has been diagnosed with a terminal illness; and second, that they're terrified.

For Lukas, who teaches palliative medicine at the University of Nebraska Medical School, guiding patients through that fear and anxiety is just as important as treating their disease, because it's what will determine how they live during the time they have left.

"What happens to most people is that they're so frightened, they start to shut down," Lukas says. "They become depressed and anxious. Meanwhile, we start scheduling them for medical treatments that may or may not work. But we haven't questioned whether we can stop treatment because they're too terrified to think about the possibility. So we get stuck in this cycle of clinging to life, even if it means I'm spending three days a week going through treatment and not spending time with my family. And in the end, nobody gets out of here alive, right?"

Lukas believes psychedelics have the potential to transform life after a terminal diagnosis by easing the grip of fear. Like many palliative medicine physicians, she pays close attention to the growing body of clinical trials for psychedelic-assisted therapy.

"It's phenomenal," she says. "Somewhere between 60 and 80 percent of people have profound experiences that dramatically change their life and their perception of their illness, which is remarkable because nothing else works like this."

Wanting to know more about the future of psychedelics in end-of-life care, Anne Strainchamps of "To The Best Of Our Knowledge" got in touch with Lukas.

This conversation has been edited for clarity and length.

Anne Strainchamps: The FDA has not yet approved psilocybin for medical use. But clinical trials are underway in medical centers around the country. Tell me about yours.

Lou Lukas: I'm doing a trial of a psilocybin protocol for people who have pancreas cancer, which as you know is one of the most lethal of the solid organ cancers. Most people are diagnosed very far along and we can give them a couple of months usually, but not a whole lot longer than that. Some people might live a year, a year and a half. So you can imagine being told this.

AS: It's a terrifying diagnosis.

LL: It is. And so people who are at our cancer center being treated for their pancreas cancer will be offered admission into this study, which will take them through six to eight hours of preparatory counseling, a day-long dosing session, and then several sessions of integration afterwards.

AS: What is it like to take psilocybin, for someone who has a terminal illness? How do they feel the day after? What's different?

LL: It isn't even the day after! When the dosing session is finished, when they come back into consensus reality, they just look at you like — "that was amazing."

I witnessed one patient say, "All that anxiety I felt? It's just stories. And I can get a different story. Yeah, I've got cancer, but I don't need to be that worried about it."

Underneath it all, people report a sense of being in the presence of love. You know, we put up a lot of defenses to get through our world, to keep ourselves physically and emotionally safe. And if we were able to let some of those defenses down, maybe we would have more access to love. And if you have that, then you can really accept a lot of things.

AS: What opens up for patients and their families, when they're less frightened of the prospect of dying, when that anxiety eases?

LL: Then it becomes possible to think about going out with some joy and some curiosity and really full of life. Like: "What gifts do I need to leave to my family? How do I pass on some of my wisdom?"

We've all got a deadline in life.

There are some people who even talk about the ecstatic grief of knowing that this life we're living is so precious and so sacred. But it's only when there's not that much of it left that you really feel the beauty and magnificence of it. So if you can help to convey that to people, if you can say, "Wow, look at this gift we're sharing. Look at the intimacy we're able to have now because I don't have that much more time to hold your hand," then you can really help people grow from generation to generation.

AS: You must be a very unusual palliative physician, because honestly, I think most would be more like, "Maybe we should add some more morphine."

LL: I think given the opportunity, most palliative doctors would go into similar territory. I teach residents and fellows, and I tell them, "If you don't talk to people about this, who will?" Because even if a patient has a trusted spiritual advisor, their pastor may not have any idea how sick they are. And if you don't initiate those conversations about making meaning out of their life, they're never going to connect with their pastor in a different way.

Our ability to reclaim some of the shamanic origins of medicine means learning how to bridge this gap. We need more physicians who feel called to edge-walking — one foot in the medical world and one foot in the psycho-spiritual world.

AS: I imagine some of these terminally ill patients must say, "If only I'd had this revelation 30, 40 years ago, I might have lived differently." It does raise the question — why should people have to wait until they're dying to have psychedelic therapy?

LL: Well, exactly. I've been thinking that it could be used like a sacrament, or rite of passage. Maybe when you come into adulthood, and then perhaps when you get married or have a child, or perhaps every decade, you just touch back down and remember that you're connected to everything.

And then come back and do the laundry and change the diapers.