How Do We Investigate The Invisible Parts of the Universe? 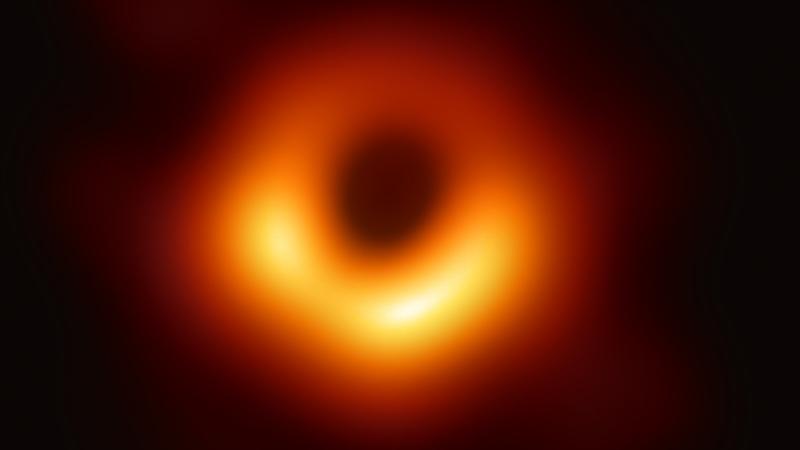 Scientists have obtained the first image of a black hole, The long-sought image provides the strongest evidence to date for the existence of supermassive black holes and opens a new window onto the study of black holes, their event horizons, and gravity. Event Horizon Telescope Collaboration

For decades, astronomers debated whether black holes were even real. Even once scientists agreed that black holes must exist, they assumed photographic evidence would be impossible since black holes are invisible.

In April 2019, the Event Horizon Telescope project did the near-impossible. By coordinating a network of eight radio observatories on six mountains and four continents — and with some serious computer data crunching — EHT has generated a photo of the "event horizon" surrounding a massive black hole in a galaxy 55 million light years away.

In The New York Times, Yale astrophysicist Priya Natarajan wrote, "Images from the Event Horizon Telescope have the potential to redefine the cosmos once again, and prompt wonder and curiosity about our place in it."

We spoke with Natarajan about the search for invisible parts of the universe, dark matter, and mind-boggling nature of black holes.

Transcript has been edited for clarity and length.

Steve Paulson: Do we know what this dark matter is? I mean what it's made of?

Priya Natarajan: No, not quite.

PN: No, not at all. And in fact the atoms in the periodic table constitute like a paltry 4 percent of the energy density of the universe — the bulk of the matter in the universe is actually dark matter.

SP: I thought everything in the universe was made of atoms.

PN: Not at all. A very small portion.

SP: What else is there?

PN: Well, we have hints, right? So there are possible particles which likely formed in the very early universe. So the leading candidate until recently was the neutralino. It's a weakly-interacting massive particle. And these neutralinos we believe formed very early in the universe. And they actually structure the universe as we see it — all the light, all the galaxies. But our searches to look for them so far have been futile. So we've not found them.

SP: So it's a theory. There's not evidence that they actually exist?

PN: That these particular particles [exist]. It's like looking at the shapes of sand dunes, and being able to map the shapes of sand dunes, but not knowing what a grain of sand is made of. So that's the situation we are in. Which is kind of troubling. But you know, you look at the discovery of gravitational waves from the collision of two black holes — it took 40 years before we really had both the technology and the theoretical understanding and the computational resources to really look for them and find them.

So I am very, very optimistic. We've been chipping away at parts of the diagram, sort of like a drunk looking for their keys under the lamppost because there's a huge parameter space but you know we've ruled out quite a lot of it.

SP: We've been talking about the stuff that's invisible in the cosmos. I have to ask you about black holes because that's also something you study. You've said that black holes are very, very dense — a lot of mass in a very small space. Put that in perspective for me.

PN: If we wanted to convert Earth into a black hole, we'd have to squeeze everything that's on Earth into one centimeter diameter.

SP: Of course, black holes are one of the most exciting things out there in cosmology. But that's actually fairly recent, It's only been in the last few decades where the scientists actually believed that black holes exist, right?

PN: Yeah, absolutely. There's an interesting contrast between the idea of dark matter and black holes. So the original evidence for dark matter was entirely empirical — it was from the motions of these stars that they couldn't make sense of — [Vera] Rubin and Kent [Ford]. It turns out that black holes are entirely the opposite. They were actually proposed as a mathematical entity — they happened to be an exact solution to one of Einstein's field equations. And it was a pretty uncomfortable one because if you had a very dense and compact blob of matter, the kind of pothole that it would create in spacetime was no longer a deep pothole, but it was a puncture.

SP: What does that mean, a puncture?

PN: An infinitely deep pothole is a puncture. It turns out that there is a region in the black hole solution where because the pothole is so deep, nothing that goes in can actually come back out — not even light can escape. That's the event horizon, or the Schwarzschild radius. But even more uncomfortable was the fact that enclosed in this event horizon is a singularity — a place where all known laws of physics actually break down. Since this was so mathematically unnatural and peculiar, Einstein actually refused to believe in the solution. That it would correspond to anything real or physical was something that he really didn't care for.

PN: We don't actually know what goes on once you cross the event horizon.

SP: You've spelled out all kinds of questions that remain. Fundamental questions about how things got started, about the structure of the universe. We're still trying to figure out dark energy, dark matter, all of this stuff. Do we need a new physics? Or a new branch of physics, a revolution in physics, to understand this? Or do we have the tools at hand right now?

PN: I don't know. I think it would be very exciting if what was really needed was a complete rethinking of physics, because there is no way to predict how this breakthrough might come about. But I think that it would be fair to say that is unlikely to come out of a single, solitary, lone genius thinking about it. Because the complexity of the data and the evidence that would be required to craft such an understanding probably requires more than one person. A fundamentally new complex theory could emerge that turns on its head everything that we understand.

And that's what's beautiful about it, right? Nobody could see Einstein's theory coming. I remain very optimistic and very positive because science itself has enormous predictive power. But the course of science cannot be predicted and that's what is so wonderful about it. There are these amazing surprises always just around the corner. And just when you think that you've completely understood something — a phenomenon— there is some new piece of data that does not fit.

You never know what's in the gaps, and what might just jump out of that gap.