A Haunting Story of Lincoln, Love and Loss 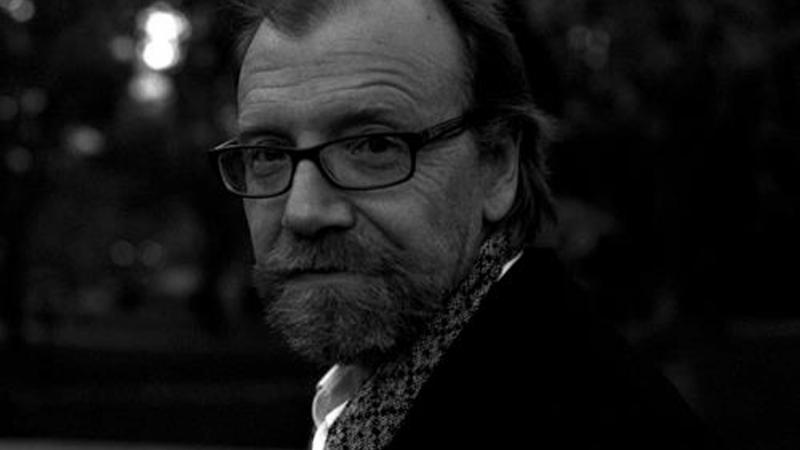 Steve's full written Q&A of this interview can be found on the LA Review of Books.

By now, each new book by the short story maestro George Saunders is a literary event. In short story collections like "Pastoralia" and "Tenth of December," his blend of satire, moral seriousness, and sheer inventiveness stretched the boundaries of what a story could do. His new book, Lincoln in the Bardo, has generated even more anticipation than usual. It’s his first novel, so admirers were eager to see how he’d sustain a narrative over the book’s 340 pages. Then there was the buzz about the accompanying audiobook with 166 readers, including Hollywood stars Julianne Moore, Ben Stiller, Lena Dunham, and Don Cheadle.

Well, "Lincoln in the Bardo" is a revelation. Formally daring, it’s written as a series of oral testimonies by (mostly) a chorus of loquacious and bickering ghosts. But this is more than just a parlor trick. Saunders also reflects on life and death, good and evil, and the national trauma of the Civil War. The novel grew out of accounts of Abraham Lincoln’s devastation at the death of his 11-year-old son Willie. According to news reports, Lincoln made several trips to visit his son’s body in the graveyard. The premise of Saunders’s novel is that Willie is stuck in a transitional state of the afterlife — the Tibetan bardo of the title — because the ghost of the dead boy doesn’t want to let go of his traumatized father.

Of course Lincoln has inspired countless books over the years, but this novel tells the story in an entirely original way. Saunders told me that once he’d figured out the book’s basic structure, it pulled him along and almost seemed to write itself.

In conversation, Saunders is, for an author of his stature, remarkably down to earth. We talked about his creative process, his fledgling Buddhist practice, and the enduring fascination with Lincoln and the Civil War.