George Saunders on 'I Will Bear Witness' 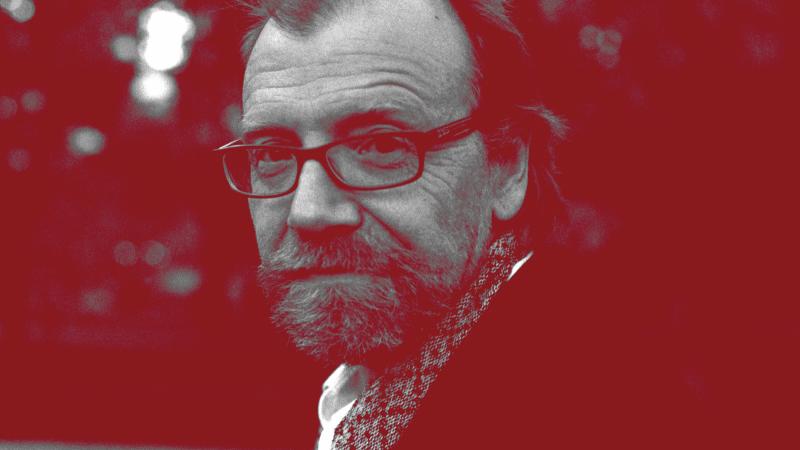 Author George Saunders is a maestro of high concept fiction. His first novel “Lincoln in the Bardo” surrounds the death of Abraham Lincoln’s 11-year-old son Willie and tells the story of the president’s grief through a motley crew of ghosts. The story was conceived from real newspaper accounts of Lincoln’s frequent visits to the boy’s crypt.

It is no wonder Saunders was similarly intrigued by slow burning accounts of another real life tragedy told in “I Will Bear Witness” by Victor Klemperer. Through the mundane chronicling of his life in 1930s Germany, small details begin to emerge that show a country slowly slipping into brutality and demagoguery.

I want to recommend a book called "I Will Bear Witness" by a writer named Victor Klemperer.

This is a two volume memoir by a Jewish German citizen who is married to a Christian woman, and it's basically his diaries from that period. He was an academic. And to him this diary was just something [he] was doing on the side. He didn't intend to publish it. And it's just a slow motion picture of what the Holocaust looked like before it was known as the Holocaust. One critic described it as the first full color picture of that which we had only see in black and white before.

So you hear a lot of complaining about his health. He's learning to drive a car and he knocks down a fence. His colleagues at work are bothering him. And then just every now and then — a slight offhanded mention, almost as if it's beneath him — about a radio broadcast and this guy, Hitler. But then slowly you start to see things picking up speed.

What was so riveting to me was to see the way that the Holocaust actually showed up in real time. It wasn't as if this race of demons, unrecognizable demons came down and transformed everything. He was getting the news of the repression of the Jews from his neighbors, from a butcher in one case who apologized profusely as he explained that he couldn't give this professor the better cuts of meat.

So if you are at all afraid or interested in the way that a culture degrades into a kind of demagoguery and brutality, this book is a real time depiction of how that happened in Germany.

What I found really terrifying about it is it's not like Hollywood Nazis. These are regular people who've known this guy his whole life. And often their apologetic rationale is, "it's those guys in Berlin. I would never do this but, you know, the orders are coming on from above."

So it's a really, really wonderful and kind of terrifying experience.