In "The Glass Castle," Writer Jeanette Walls Is Caught Between Bohemia and High Society 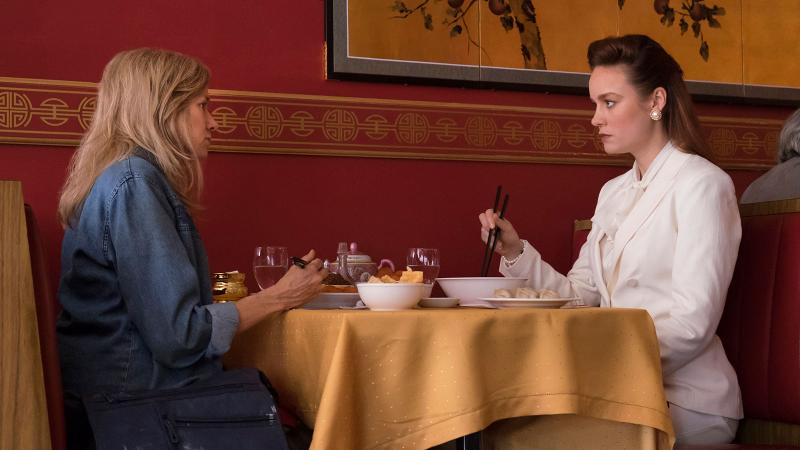 It's a rite of passage to find our parents embarrassing, particularly as we start to carve out distinct identities in those early years away from home. For Jeannette Walls, the moment was a bit more extreme. Her parents lived as freedom-seeking vagabonds, moving from city to city throughout Walls' childhood to escape debt collectors. And the moment of embarrassment came when her parents took up their unconventional lifestyle in Manhattan, just as her career as a newspaper gossip columnist was taking off.

"I was sitting in a taxi wondering if I had overdressed for the evening when I looked out the window and saw Mom rooting through a dumpster... she probably looked like any of the thousands of homeless people in New York City," writes Walls in her bestselling memoir "The Glass Castle."

"I was overcome with panic that she'd see me and call out my name, and that someone on the way to the same party would spot us together, and Mom would introduce herself and my secret would be out," Walls continued. "I slid down in the seat and asked the driver to turn around and take me home to Park Avenue."

There was a time, as a child, when Walls loved being right there with them, living a nomadic life with her three siblings as they were carted all over the country by a free-spirited mother, Rose Mary, and an intellectual but unstable father, Rex.

"For the first 10 years of my life, I lived in more towns than I could count. We lived in little mining towns in the southwest, or we lived in little gambling towns, or sometimes we slept in the car. Sometimes we slept in cardboard boxes. Sometimes we went to places like Las Vegas and lived in hotels, or in San Francisco and slept on the beach," said Walls in a conversation with "To the Best of Our Knowledge," host Steve Paulson in 2011. "They both wanted their freedom: they abhorred rules and structure, and they just lived life by their own rules."

Their childhood often seemed like a wild adventure, but by the time the kids were teens and young adults, they rebelled by learning to fend for themselves and eventually moved into careers that provided the status and stability they never knew as children.

The arrival of her parents in New York represented an unwelcome threat to her young adult life. She begged her parents not to tell anyone who they were.

"For the first time in my life I could actually feel like I was sort of normal, and I didn't have to make excuses for my parents and my family," Walls said. "And I just didn't want to be saddled with these weird parents again. But things have a funny way of exposing themselves eventually."

Her parents weren't exactly thrilled with her either.

They saw her lifestyle as a betrayal of what they had taught her as a child.

"My mother was especially upset. She wanted to know where the values that she was raised with went," Walls said. "I was a yuppie. It was the worst thing in the world."

For years they went their separate ways, with Walls working her way around New York high society, while her parents became prominent figures in the Lower East Side squatters movement.

The story of Walls' life — now a film of the same name starring Brie Larson, Woody Harrelson and Naomi Watts, and came out in August — was one Walls was reluctant to tell anyone.

But to her surprise, her friends and loved ones found her backstory relatable and, moreover, fascinating. "(My future husband) basically duct taped me to the desk and said, 'You are writing this story.'"

But why such fear in telling her story? Partly because of how bad things had gotten, and how she had only realized so in retrospect.

"There were things that were very difficult for me to write because I never told anybody about these things. You know, that I went in the garbage cans at school to fish for other kids’ lunches. That I went into the stalls in the ladies room to eat the sandwiches that other people had thrown away. I was ashamed. I was just ashamed of who and what I was in my past," she said.

Wells said she was surprised by the compassion people showed when hearing about her background. She hadn't counted on the fact that everyone, to some degree, has something in their past that makes them feel lesser or inferior.

A rough past can be humanizing. More than that, confronting her past made Walls realize how her unusual childhood also gave her a unique perspective. They read Shakespeare and learned advanced physics, even when they didn't have running water.

"My story is a bizarre contradiction of incredible deprivation in certain areas, but a lot of wealth in other areas," Walls said. "Mom and Dad did not feed or clothe us very well. But when it came to matters of the mind and soul, they gave us a lot. Ideally, you get both, but if I had to choose, I think I would take the mind and soul."