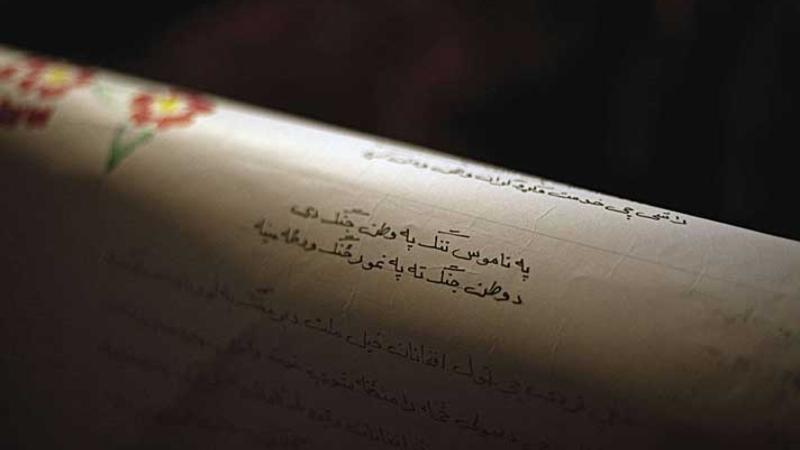 Our tendency in America to see Afghan women as only victims in burqas obscures the fact that, like all of us, Afghan women are complicated. They pray, have affairs, play music, and get mad at their children. Some are liberal. Others even support the Taliban. But it seems one thing binds Afghan women — the landay. Landays are a type of poem that women have been speaking to each other since around 1700 bce. They cover all subjects, from love to war to loss.

That chilling landay was uttered by a teenager named Rahil Muska. Poet and journalist Eliza Griswold went to the Pashtun region of Afghanistan in 2012 to pursue Rahil's story. Rahil lived in Helmand, a Taliban stronghold. Muska, like many young and rural Afghan women, wasn’t allowed to leave her home. Her father pulled her out of school after the fifth grade. Her refuge became poetry, the landays. In the Spring of 2010 that refuge was shattered when her brothers discovered that she had been writing landys about love. They beat her badly. Afterwards, in protest, she doused herself in cooking oil and set herself on fire. Soon after, Rahil Muska died. Griswold not only uncovered Rahil's story while in Afghanistan, but delved deep into the landay itself.

Eliza Griswold gathered these landay poems for Poetry Magazine. The June 2013 edition was dedicated entirely to the landay.