A Former NPR Executive Leaves His Liberal Bubble Behind 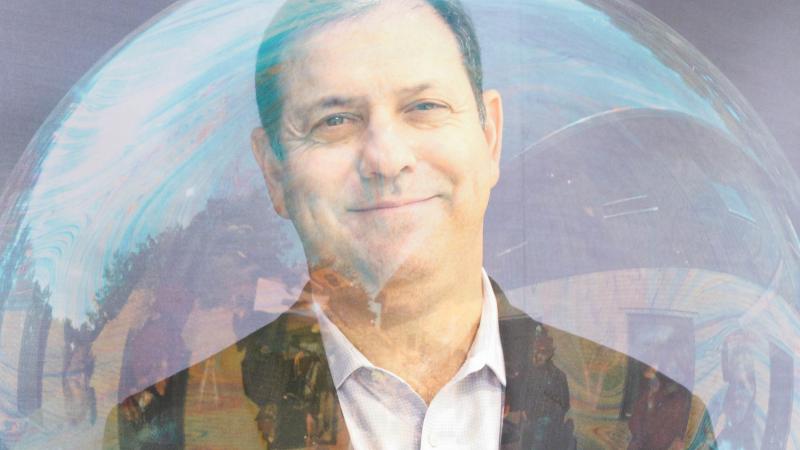 Ken Stern has lived and worked in a liberal bubble for most of his life, growing up in a Democratic family and marrying a Democratic staffer. As a young man, he worked on the Clinton/Gore campaign, and he spent ten years as the CEO of NPR. And then, Ken decided to get out of his liberal bubble. He started watching Fox News and reading Breitbart. He went to Tea Party meetings and NASCAR races and gun shows. And discovered that he actually agreed with a lot of what he heard. He wrote a book called “Republican Like Me,” which has gotten some predictable flak, from both sides.

Anne Strainchamps: Tell me why you think the mainstream media — including NPR — is stuck in a liberal bubble.

Ken Stern: Look, I was at NPR for almost a decade. I have enormous respect for the people in the NPR newsroom and at The New York Times and The Washington Post. They're great journalists, but they also tend to be like-minded and they’re drawn from a similar pool. I think there is a risk of groupthink and not a lot of connection with other parts of America.

AS: Specifically, how do you see that liberal bias playing out in the news?

KS: In terms of which stories get reported and what leads the nightly news, and what gets left out. I wouldn't call it bias so much as failure to connect with the issues that are of concern to other people around the country. This book was built around me taking a year and traveling around Red America talking with people. Often they wanted to talk about the media and when they did, they were almost uniformly angry. They felt patronized. They felt left out. They said their issues weren’t the media’s issues — and this was before Donald Trump.

AS: I want to ask you about some of the criticism you've gotten from inside the public radio community — including a widely shared piece by a reporter from North Country Public Radio who accused you, among other things, of cultural tourism. What do you make of that?

KS: I wrote a rejoinder to that article because I think there’s an important point here that should not be made personal. The reputation of the media is at about 35% right now — on a par with Donald Trump’s approval rating, if you want a comparison. There are lots of reasons for that, ranging from general dislike of institutions to false attacks on “fake news.” But the media also needs to look inward and evaluate its role as an arbiter of the news. When I was at NPR we talked a lot about inclusion and diversity, and I used to make the point that we would never cover racial issues using only white men. No matter how good they are or how dedicated to their craft, by nature they don’t have a complete view of the issues. And I think that’s true with politics as well. This is a time of great political hatred and we need to be as inclusive and diverse in the conversation as we can.

KS: Wash my mouth out with soap if I say Trump is right, but ... ok, I’ll say two things. One is, he loves it. Both the President and the press benefit from their discord. The “failing New York Times,” as he calls it, is doing great because Trump news drives readership. And when he complains about fake news, he’s virtue-signalling to his base, “hey, I’m on your side.” So there’s a real alignment of interest between them. Do I think the press is unfair to him? You know, just before the election, I analyzed one edition of The Washington Post — not exactly scientific — and I found 21 articles about Trump, everywhere but the food section. And they were all negative. I think the press has gotten into the habit of thinking that if it comes from Trump, it must be bad. And that angers a lot of people who put their hope in Trump because it's a statement about them and their values.

AS: I think you just said yes, the media has been unfair to Trump.

KS: I don't think it's a yes or no answer but yeah, I think there is a sense in the media that Trump is a danger and that colors how they write about him. For example, any normal Republican — if I can use that phrase — would have come in and started rolling back EPA regulations. But because the media sees it as a Trump thing, it’s reported as something that’s extraordinary and dangerous, rather than a routine disagreement between the right and left about the appropriate scope of government regulation.

AS: In all those gun shows and NASCAR races and Ohio bars you frequented, did things ever get heated? Did anyone ever get mad at you?

KS: No. Never. That's the interesting thing. You referred to cultural tourism, and I actually worried about that lot. Here I am, this liberal from Washington, D.C. parachuting in. But I stopped worrying because people were so eager to talk. Not everyone, but the vast majority. When you meet face to face, life is a lot different than it is on social media. That’s why in the past, when we were more politically integrated, there were disagreements — and there should be in a democracy — but a lot of the anger wasn’t there. Not the way it is today.