The Deep Connections Our Brains Make To Music 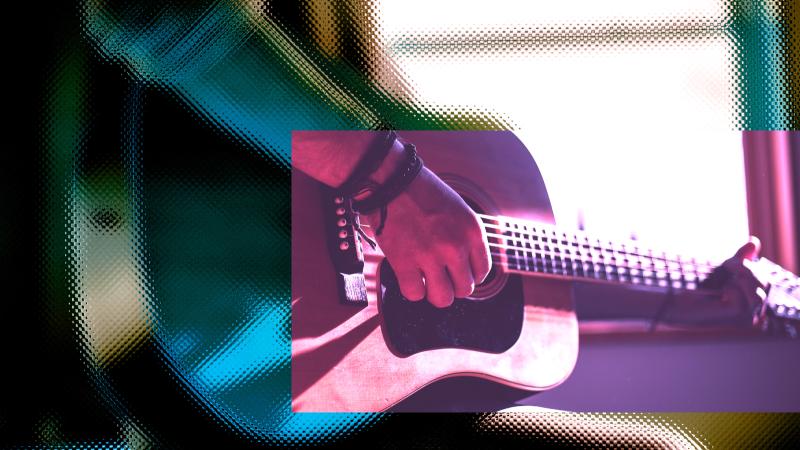 The person who did more than anyone to popularize research on music and memory was the late neurologist Oliver Sacks. He was famous for his stories of people with brain disorders, from Parkinson's disease to autism. And he wrote a lot about neurological mysteries, like the way a song can activate parts of the brain that language can’t even touch.

Back in 2007, he told Steve Paulson about one of his patients.

Oliver Sacks: Tony was a surgeon in his early 40s, robust, athletic, and extroverted with very little interest in music. One day, this was in 1993, he was on the phone. It was an outside phone. A storm approached. A bolt of lightning flew out from the phone. Hit him in the face. Gave him a cardiac arrest and along with this an out of body experience. He was resuscitated and he seemed pretty much himself expect two or three weeks later he got what he called a sudden insatiable passion to hear piano music and then to play piano music and then to compose piano music.

In the course of about 48 hours, he really became transformed. He became possessed by music. That was his term. He started getting up at 3:00 a.m. and he got a piano. He got a piano teacher. He learned to transcribe. He was [sic] music when he came back from his surgery. He said his wife wasn’t displeased. Basically this has continued.

Steve Paulson: There was nothing in his background that would suggest this love for piano music?

OS: Very little, either the musical side or the, what he likes to call, the spiritual side, because he now feels that, that was a providential event, a sort of divine intervention. That is a sense the music comes from heaven and that he has a mission to bring it to Earth. So, there was also a sudden change in character and sort of a mystical element crept in.

SP: You write about other cases where music is profoundly therapeutic. For instance you have worked with people who have Parkinson’s and Alzheimer’s Diseases and these people may not be able to talk easily. They may not be able to even move very well, but often those problems seem to disappear when they listen to music or at least play music.

OS: Yeah, well this is where things started for me as a physician more than 40 years ago when I saw the patients whom I later described in "Awakenings" and these people were almost transfixed with severe Parkinson’s catatonia, these sleepy sickness people. But, music could liberate them in a remarkable way. They could dance. They could sing. They could move normally. They could think normally while the music lasted.

Music can just have an amazing effect on recalling deeply demented people to life and music has a special use for people in aphasia for people who have lost language, because even though they may not be able to speak they are usually able to sing and often to recover the lyrics of a song.

SP: That’s fascinating you’re suggesting that the part of our brain that deals with language is a different part than deals with singing for instance.

There are 20 or 30 different systems or networks in the brain involved in listening to music or imagining music or reacting to music and I think this is why music is so robust even when speech may still be there.

SP: You say something astonishing in your book. That neuroscientists can actually spot a professional musician just by looking at an image of their brain.

SP: So do you think this different brain anatomy is something that has changed as people hone their talent for music or is it something that some people are just born with?

OS: I’m sure both and sometime it is difficult to tease out because people who are naturally very gifted are likely to have intensive early musical training. But, there have been studies where people have had say a year of intense violin training, the Suzuki method, looking at their brains before and after a year and you can see very clearly the changes which have occurred.

SP: You write about another remarkable case study, the English musician Clive Weering [sp], explain what happened to him.

OS: Clive was a very gifted musician and musicologist pioneer in renaissance music. When in 1985 he had a devastating brain infection of Herpes encephalitis which especially destroyed some of the memory systems in his brain. He developed a profound amnesia, so much so that he would lose everything in a few seconds. If you came in the room, he would greet you, ten seconds later you would be a stranger and he’d greet you again.

Along with this there were many memories from his past life, a great deal of his autobiography was gone. So, he had lost what neurologists call event memory or episodic memory. He’d lost much of his knowledge of the world, but his ability to perform music and even to conduct a choir or an orchestra at a masterly level was absolutely unchanged.

SP: So, he could remember those musically pieces somehow those memories came back to him, the musical memories.

OS: Well, let’s put it this way, the power of the musical performance, the music came back to him. If you showed him a bar fug he’d say, I’ve never seen it before, but if you start him on the first note, he would play the whole fug perfectly and then in some amazement discover that he knew it.

So that he possessed a huge memory for which he was unaware, sometimes called implicit memory and when he was performing music improvising the organ, singing, conducting, he seemed utterly himself. Gifted and charming, full of sensitivity and intelligence, seconds later he would have no memory or this and he’d be confused, disoriented, frightened. So, that there was this day and night difference between the two Clives.