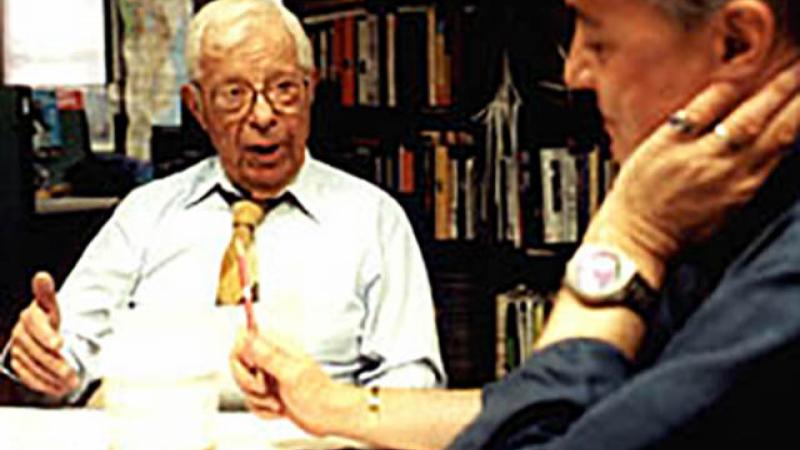 For journalists, the first days of Donald Trump’s presidency have been a bit surreal.  We find ourselves wondering how legendary muckrakers might have reacted to some of these first press briefings. So delving into the TTBOOK archive, we’re revisiting a conversation with the late Daniel Schorr, a legend and former senior news analyst for NPR who passed away in 2010. He covered the administrations of 12 presidencies, clashing with both Kennedy and Nixon in the course of work on Edward R. Murrow’s investigative team. When he spoke with Steve Paulson in 2008, he used the outgoing Bush administration as an example of the long tradition of audacity among presidents, as well as a reminder of the role journalists play in holding their feet to the fire of facts.