Author Angie Thomas: Burn It All Down Or Use Those Emotions In My Art 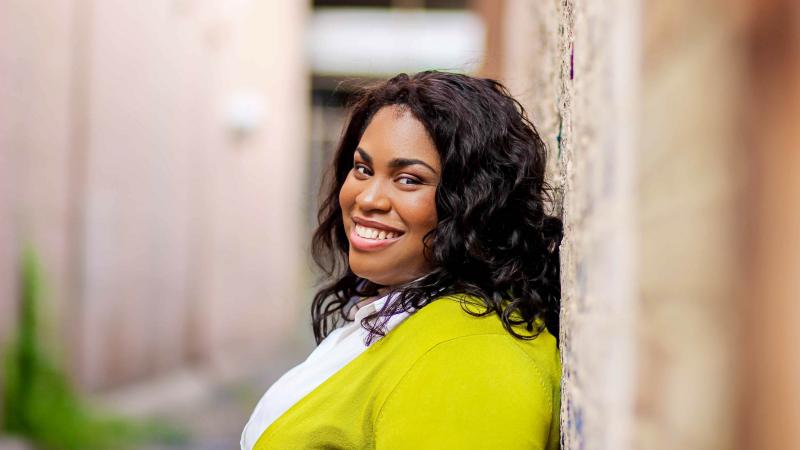 Attending Belhaven University while living in a poor Mississippi neighborhood often meant that Angie Thomas felt she was living as two different people for two different worlds — one accepted by her mostly white upper class classmates during the day, and another that was consumed by grief over the death of Oscar Grant. The shooting of the unarmed black man by a transit police officer in Oakland, California might have been hundreds of miles away, but it struck at the heart of her community, leading to conversations all around her.

"Oscar was one of us. I knew Oscars. I grew up with them. I saw them every single day," said Thomas, speaking with "To The Best of Our Knowledge" host Anne Strainchamps. "But at my school there were people who said that, 'well, maybe he deserved it. He was an ex-con. Why are they destroying their own community over some guy who was just going to probably end up dead?'"

Thomas says she felt betrayed by people she saw as friends, saying things she wasn't sure how to correct or criticize in light of her personal perspective on what had happened at Fruitvale Station.

"I figured I had two options. I could either burn down my entire campus or I could use those emotions in my art."

She poured those emotions into her debut young adult novel. "The Hate U Give" has become a best-selling novel, nominated for a national book award and soon to be a film. Thomas talked about how writing this book has changed her, and how teenagers give her hope.

Anne Strainchamps: I was wondering if writing the novel was a process for you personally finding your voice.

Angie Thomas: Oh definitely, absolutely. In some ways I've become more outspoken because there are people who don't understand why you would write a book about a cop killing someone. "Are you anti-police?" Then you have the school district in Texas that banned the book simply because of the language.

AS: Because you write it the way people really talk.

AT: Exactly. There are curse words in the book. But I did the count with my Kindle and there are 93 instances of the F word in the book. But there were 936 police killings this year alone. Which number is bigger?

For me it seemed as if rappers with only people who were telling stories that I actually saw myself in. Books did not. Children's publishing failed me at that age range because I could not connect with Bella Swan in "Twilight."

AS: The book begins with a death. Khalil and Starr are out one night and Khalil is killed by a police officer. Khalil is unarmed. What was it like to write that scene? How much did you think about it, and how much did it just pour out?

AT: That scene was definitely one of the hardest to write. I made myself watch footage from various shootings. Then I had to stop because I didn't want to overwhelm myself. When you're watching these things over and over again, it becomes traumatic. Each time more and more. But I wanted to show it from Starr’s view, to keep the lens as much on her as possible, because when Khalil is gone this is who we’re left with.

I think of Rachel Jeantel — Trayvon Martin's friend who was on the phone with him when he was confronted by George Zimmerman — and what that must have done to her.

So I had to for a second put myself in Starr’s shoes more than anybody’s shoes. How does this one moment affect her? It’s going to change her entire life.

AS: The title is from Tupac.

AT: Yes yes yes. The title comes from Tupac’s "Thug Life" tattoo. A lot of people know him for having that tattoo across his abdomen but they don't know that "Thug Life" was an acronym for "the hate you give little infants f**ks everybody." He explained his meaning as that what society feeds into youth has a way of affecting us all — in 1992, [he was talking about] the Los Angeles riots.

AS: You've been a hip hop artist yourself.

AT: Well I wanted to be a rapper when I was maybe 13, until 16 or 17. For me it seemed as if rappers with only people who were telling stories that I actually saw myself in. Books did not. Children's publishing failed me at that age range because I could not connect with Bella Swan in Twilight. You know I tell people all the time my mom would not have let me date a guy that old, so I could not connect with it. So I saw myself in music. I saw myself in hip hop but there's only so much you could say in a song. So I have a 400-something page book. I could not have gotten this into a song.

I see [teenage girls] being exactly what I wanted Starr to be in the book. They were going to go make themselves heard.

AS: The book has struck such a nerve for so many young people. I know you just get mobbed by young readers when you go places. What did they ask you about?

AT: I have a lot of kids who read it and after they've read it they're like OK so what do I do now? How do I change systemic racism? I've had girls who've come up to me as if I'm ready to change the system, ready to turn it over and fix it.

This past weekend in Mississippi actually the state celebrated the opening of our Civil Rights Museum, and President Trump came to visit. It led to a lot of controversy. I had three young black girls who came to my signing. They had on these t-shirts that said "Black Girl Magic" and "Black Lives Matter" and they had their signs with different things for Mr. Trump to see. And they said "we came to your signing, and we want you sign our book, but you have to be quick with it because we have to go protest."

AS: Wow, that makes me want to cry. That’s so great.

AT: But they give me hope. Teenagers give me hope. We write them off so often. But I'm seeing a lot of things in this generation that’s coming up that gives me a lot of hope for the future. So I tell them when I'm in the old folks home, I think I can relax because I think you guys are going to do a great job.