Little Lie in the Big Woods 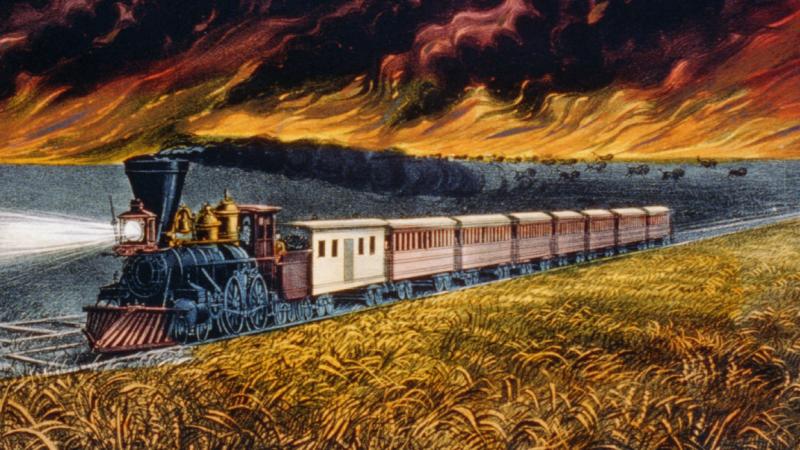 Caroline Fraser is the author of "Prairie Fires," a biography of iconic American author Laura Ingalls Wilder. She won the Pulitzer Prize and the National Book Critics Circle Award for this book, which gives insight into the life of the woman who wrote the "Little House on the Prairie" series.

"To the Best of Our Knowledge" host Anne Strainchamps spoke with Fraser about the real story behind these books that have been read and re-read by generations of children, forming a particular picture of how many of us think of American history.

Anne Strainchamps: This is kind of embarrassing to admit but I always thought these books were true. I don't know why since they were shelved with the fiction section, but somehow I just assumed everything in those books really happened.

Caroline Fraser: I don't think she always thought of them as poor and struggling — she thought of the family as remarkably cohesive and warm, and judged them by values other than material ones. But that said, she did leave out a lot of her father's struggles, (specifically) his inability to put together a secure, stable life in one place.

AS: Is that why they kept moving? I felt like they were just off on another adventure.

CF: But when you read them as an adult you can see quite clearly that they're so much better off in the first book in Wisconsin — they have a place to live and a garden and some cleared land and they're kind of doing OK. They have food, but when they go off to these other places to Kansas or Indian territory as she called it, "circumstances" really throw them back on their heels.

AS: (Ingalls Wilder) wrote, "All I've told is true, but it's not the whole truth," suggesting that there were darker things, memories that she didn't care to return to. It also resonates so strangely today when we're talking a lot about truth and fake news and what's not true.

CF: That’s a fascinating statement that she made in that speech, which she gave in 1937 when she was about halfway through writing the books.

It's so tantalizing because she constantly emphasizes her parents’ values — what they taught her and her sisters — some of which is honesty and integrity. And she knew she was writing fiction. And yet she clung to the idea that everything in the books was all true in every detail. Her daughter Rose really doubled down on that idea and actually accused people who noted the fictional aspects of the books of being liars.

So it introduced this very strange contradiction in the whole story because there was nothing wrong with what Ingalls Wilder was doing in fictionalizing her life. But what was so odd was her later denial.

One of the great examples of this is the grasshopper.

AS: I remember the grasshoppers arrive and they just eat everything, right? The prairie is kind of leveled and their crop is gone.

CF: Right. And she describes it very accurately. In fact, historians have used that description as an eyewitness account of the experience that farmers were having in 1875.

But what she left out was really the consequences of this for the family. The whole episode left the family virtually homeless for a time and sent them on this journey back east, first to stay with family, then to work in a squalid hotel. She and (her sister) Mary waited on tables, and it's just it's a part of the story she never told.

AS: This is not the romantic story of self-reliant farmers lighting out for the territory and making a success of it depending on no one but themselves. Was she ashamed of their poverty?

CF: I think that she was ashamed of certain aspects of what they had gone through, particularly the failures after she married Almanzo.

Their early married life was just one thing after another. They lost crops. They were heavily in debt. They fell ill, and he was left with a disability really for the rest of his life. They lost a child, and then their house burned down. I think that really was a watershed moment for her.

CF: I think one of the things that has happened as a result of generations of children reading these stories is that we have accepted them as true. And we haven't asked some of the hard questions about the real history behind the "Little House" books including the ways in which white settlers interacted with Indians and what they did in terms of appropriating land and resources.

AS: Are the books racist? Isn’t it Mr. Edwards, one of Pa’s friends, who says, "the only good Indian is a dead Indian?"

CF: That comes up three times in "Little House on The Prairie."

I think it's Mrs. Scott, the neighbor, who introduces that phrase and Pa, Charles Ingalls, criticizes the phrase in the book. So to be sure there are these stereotypes in the books and racist language. Pa at one point says of an Indian, "he's no common trash." Of course, implying that other Indians are. So the book presents a lot of issues that have to be dealt with.

CF: I do. I think that they make us question some of the assumptions that we've always had about why people came here.

Did they succeed? Was it a good idea to farm in certain places?

And the whole issue of how we develop an identity as Americans is really sharply brought into focus by these books and Wilder's own life. So that is a real reason why people keep coming back to them.

AS: But they purport to tell a life story truthfully and they don't. And there are surely huge consequences for us as a people given that these books have been so influential. They're part of the myth of the self-reliant American homesteader.

CF: I think they're incredibly important in shining a light on that very concept of self-reliance.

What do we mean by that? Why is that so central to our conception of the American character?

It's really fascinating to look at the origins of that because of course Wilder and her daughter later in life become dedicated to Libertarian principles. You know, the idea that everybody is radically responsible for their own lives and should never rely on the government or anybody else.

AS: Didn't a descendant of hers run for U.S. president as a Libertarian?

When Rose died, she had no children — she had what she called an adopted grandson, who was the son of her editor at Reader's Digest. A fellow named Roger MacBride. He was no relation, but he inherited the estate. Shortly thereafter, he sells the rights to the "Little House" books to a Hollywood producer, it becomes the TV show, and he runs for president as a Libertarian.

AS: That’s fascinating. The "Little House" books fortune fuels a Libertarian presidential candidate. I don't even know what to make of that.

CF: It's extraordinary. You can trace the line from the original Ingalls family founders on the soil. The people who came over with the Pilgrims and the Puritans, these people who are the embodiment of that whole idea of self-reliance and you can just trace that down through the centuries all the way to Roger MacBride. So it's extraordinary to see how that idea kind of loses its original religious trappings somewhere along the way, and yet people like Laura and her daughter still cling to it as if it is a religious principle.