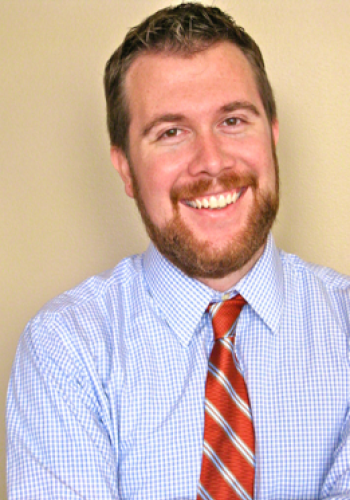 Nick Lantz was raised in California and earned his BA in Religious Studies from Lewis & Clark College in Portland, Oregon and an MFA from the University of Wisconsin-Madison in 2005.

He is the author of We Don’t Know We Don’t Know (2010), which won the Bread Loaf Writer’s Conference Bakeless Prize. Taking its title from a Donald Rumsfeld sound-bite, Lantz described his book to the Washington Post as “partly…salvaging poetry out of politically degraded language.”

In 2010, former U.S. Poet Laureate Robert Pinsky selected Lantz’s second book of poetry, The Lightning That Strikes the Neighbors’ House (2010), for the Felix Pollack Prize in Poetry. Poet Rachel Richardson, in a review for The Rumpus, commented on Lantz’s writing style: “In this form of tight contrasts and strangely intimate images, Lantz lets us look sideways at our world.”

Lanz was the 2007-2008 Jay C. and Ruth Halls Poetry Fellow at the Wisconsin Institute for Creative Writing and is the 2010-2011 Emerging Writer lecturer at Gettysburg College.