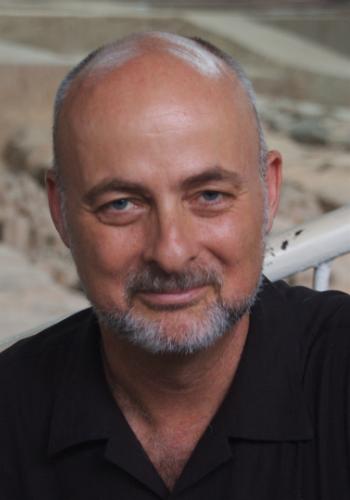 David Brin is a scientist, inventor, and New York Times bestselling author. With books translated into 25 languages, he has won multiple Hugo, Nebula, and other awards. A film directed by Kevin Costner was based on David’s novel The Postman, with other works under option.  David’s science-fictional Uplift Saga explores genetic engineering of higher animals, like dolphins, to speak and join our civilization.  In EARTH and EXISTENCE he explores near future trends that may transform our world.

As a scientist/futurist, David is seen frequently on television shows such as The ArchiTechs, Universe, and Life After People, with frequent appearances on PBS, BBC and NPR. He has consulted for original shows like Ascension, Seven Days and Century City.

A patent-holding inventor, he is in-demand to speak about future trends, keynoting for IBM, GE, Google, Procter & Gamble, SAP, Microsoft, Qualcomm, the Mauldin Group, and Mitre Research, all the way to think tanks, public agencies, intelligence services and the White House.

With degrees from Caltech and the University of California-San Diego, Dr. Brin serves on advisory panels ranging from astronomy and NASA's Innovative & Advanced Concepts program (NIAC) to others dealing with artificial intelligence, nanotech, SETI, national defense to technological ethics. His nonfiction book The Transparent Society: Will Technology Make Us Choose Between Privacy and Freedom? explores the dangers of secrecy and loss of privacy in our modern world. It garnered the prestigious Freedom of Speech Prize from the American Library Association.