Why We Descend Into Darkness 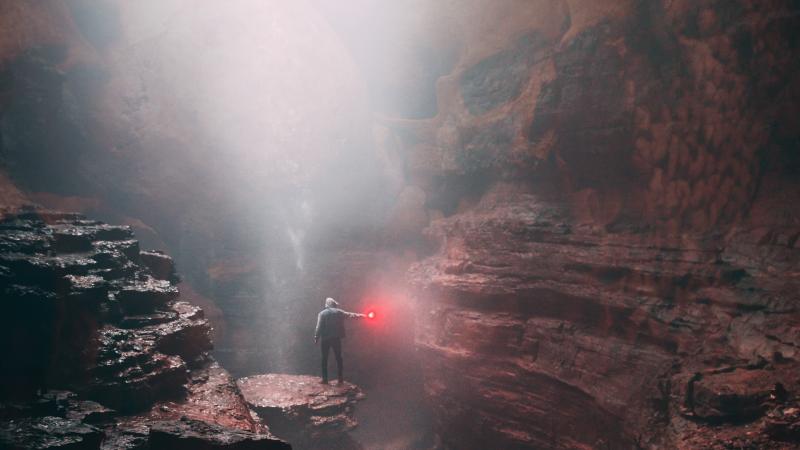 For author Robert Macfarlane, one of England’s most celebrated nature writers, the underworld has its own deadly allure. In his new book, "Underland," he explores the world of caves, mines, catacombs and glacial shafts beneath the earth's surface. It’s a forbidding home for nuclear waste sites and burial chambers, both a dumping ground and the portal into otherworldly realms. Passing through darkness becomes a precondition for gaining insight.

"Underland" ranges over vast terrain, both scientific and literary. Macfarlane is a vivid writer, and in conversation veers easily between urgent environmental issues and his own personal exploration.

Here's an excerpt of our conversation, which ran in Nautilus:

Steve Paulson: Are the places below Earth’s surface also places of beauty and awe?

Robert MacFarlane: They’re certainly places of awe. They’re also places of imprisonment, incarceration, concealment, disposal. An historical place like the Cloaca Maxima, at the heart of central Rome, was the great sewer sump into which classical Rome disposed of all its unwanted filth. They’re places we’ve put the things we fear most and disgust us most. In that sense, they’re not like mountains, although we’ve made a Cloaca Maxima out of Mt. Everest.

RM: Exactly. Forbidden and forbidding. What’s striking to me is we’ve been drawn into the darkness for longer than we’ve been drawn to mountains. The hand stencils on cave walls in Western Spain have been dated to about 65,000 years ago. That’s 20,000 years or so before Homo sapiens is thought to have reached that region. So these are Neanderthal handprints. The idea of us being drawn into the darkness is an ancient longing. There’s also some of the most amazing, eerily present findings from European caves from the last Ice Age. A bone flute made from the wing bone of a griffon vulture was found deep in a limestone cave. The thought of that flute being played in that cave with ice filling the landscape around it, I don’t know about you, but it sets my spine shivering.

You can read our full conversation on Nautilus.