‘This is where I should be’: 1,500 Black Americans make Ghana their new home 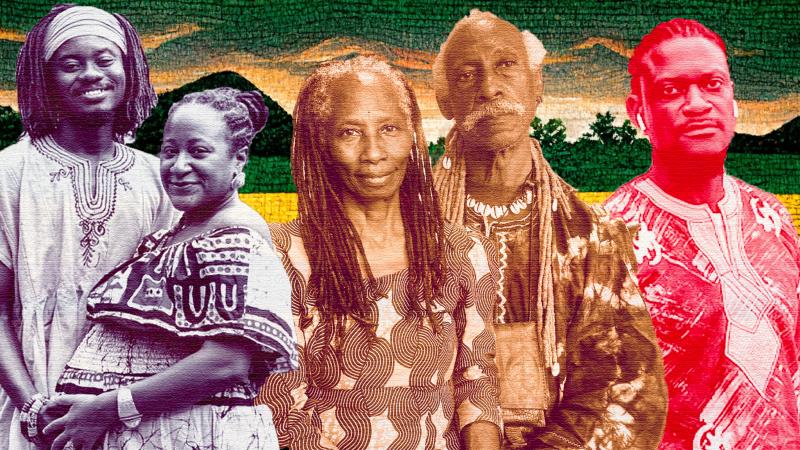 At least 1,500 Black Americans have moved to Ghana since 2019, when the government declared its "Year of Return" initiative, calling on Africans in the diaspora to return to Africa. As the US continues to confront its history of racism and police brutality against Black people, many are heeding Ghana's call.

A written version of this piece was published by PRX's The World. Here's an excerpt:

Near the town of Akuapem-Mampong in southern Ghana, Kwaku Asantu Maroon Asare lives in a one-bedroom house. In this thick, vast stretch of forest atop a hill, it's the only house around.

Maroon, born in the United States, now calls Ghana home after moving from Florida to settle permanently a year ago.

He made the decision to relocate to Ghana after the killing of George Floyd, a Black man, by a white police officer in Minnesota. Many other Black Americans have been killed in incidents of police brutality in recent years.

“The last straw for me was George Floyd. So, what I [saw] as anomalies was just normal for the system. So, at that point I told myself that I will leave and I will go where the system is different,” he said.

Maroon is one of hundreds of Black Americans who heeded Ghana’s call to Africans in the diaspora to return home to Africa. The 2019 “Year of Return” initiative marked 400 years since the first documented ship carrying enslaved people from Africa landed in Virginia.

Since the 42-year old moved to Ghana, he said he's noticed a huge difference in terms of race.

“When you arrive in Ghana, and you get off that plane, and you don’t see [any] white people, indeed, you tell yourself, ‘This is where I should be, a place where the people look like me.’ Even if you don’t know the people, you still feel the connection,” he said.

Maroon's quest to settle in Africa began years ago when he traced his ancestral roots through the genetic test “23andMe,” revealing that his ancestors came from Nigeria and Ghana. It piqued his interest, he said.

To reflect his African identity, he changed his name to Asantu Kwaku Maroon Asare. He said the name is more historically accurate than his name given at birth.

Maroon has found work as an entrepreneur in Ghana, exporting Ghanaian products to people in the US.

He hopes to “give birth to the next Kwame Nkrumahs and the next Marcus Garveys,” he said, referring to the Pan-African revolutionary thinkers and leaders.

To read the rest of this piece, head over to The World's website.