What Does An Obscure Economist Have To Do With The Koch Brothers? 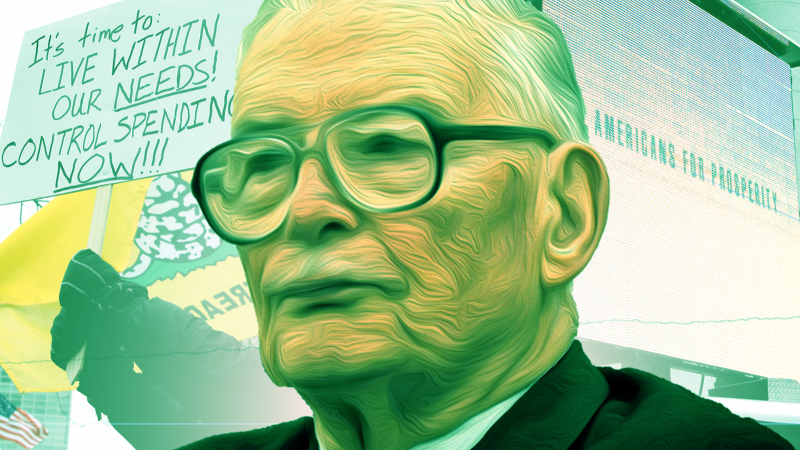 The billionaires Charles and David Koch wield enormous influence in Republican politics. Over the past decade, they’ve pushed their libertarian ideas into the Republican mainstream by funding political campaigns, and also by founding a whole slew of libertarian think tanks, political groups and even college programs. Today, Republican politicians cross the Koch brothers at their peril.

Duke University historian Nancy Maclean wanted to know more about how the Koch brothers developed their ideas, as well as who influenced them. It took a lot of digging. The Kochs are famously secretive — and Maclean says most people don’t realize just how radical and disruptive their ideas are. In her new book, “Democracy in Chains,” she traces them back to the Nobel Prize-winning economist James Buchanan.