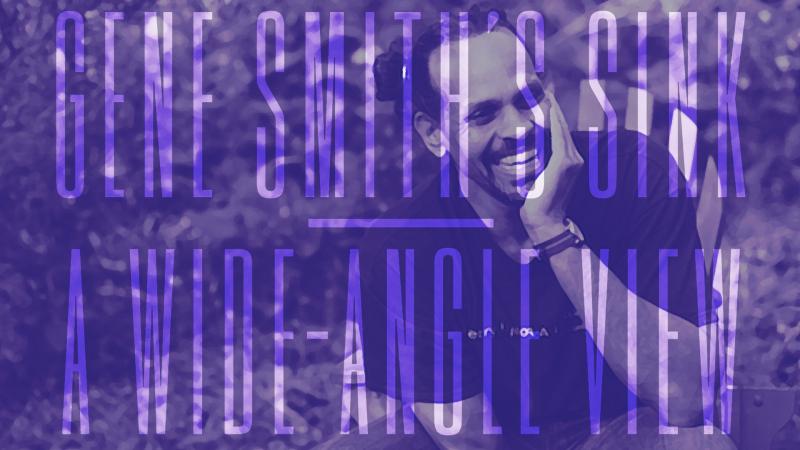 Natasha Komoda (photo via the author)

Some poets are like magpies, always on the lookout for treasure. They collect everything the rest of us overlook — oddments of observation, random nuggets of information, shards of everyday life, bits and pieces of beauty.

The poet Ross Gay did just that for a year — from one birthday to the next — to write his best-selling “Book of Delights.” It’s a catalogue of ordinary wonders, from candy wrappers to crossing guards to pear trees. Because he’s fascinated by the process of collecting and by the impulse to document everyday life, Ross recommends “Gene Smith’s Sink,” by Sam Stephenson. It’s a portrait of another collector — the legendary documentarian and photographer, W. Eugene Smith.

Gene Smith was a photo essayist for Life magazine in the 1940s and 1950s. He photographed war, disaster, and poverty in small villages and big cities around the world. He spent more than a decade documenting the Manhattan jazz scene in the 1950’s and 60’s as part of his Jazz Loft Project, recording approximately 4,000 hours of some of the biggest names in jazz — Charles Mingus, Bill Evans, Thelonious Monk, Alice Coltrane, and more. When he died in 1978, he had eighteen dollars in the bank and forty-four thousand pounds of archives.

Ross Gay: "Gene Smith's Sink," by Sam Stephenson, is a book ostensibly about a major American photographer — Eugene Smith. But really, it's about research and archiving and the archive.

Gene Smith collected everything. He documented everything and he recorded everything. And so for Sam Stephenson, the process of writing the book involved going through all the audiotapes, the photographs — loads and loads of archival material.

The book takes the form of something that I call lyric biography. It kind of veers around, inside and out of the intense work of Eugene Smith. Stephenson does this beautiful job — knowing it's impossible — of trying to follow what Eugene Smith was following. Yeah — some beautiful, impossible, lyric task that he's undertaken.

There's something about following the mind on its path, sometimes. A lot of the way that we organize our thoughts into a book has to do with pruning things into something that we consider coherent. But I love the idea that there's a different kind of coherence, that does not take the shape that we normally think is coherence, but that rather takes the shape of the traveling that the mind does.

There's a moment in the book where Stephenson, the writer, is listening to some of these audiotapes— and I think there were thousands of hours of these things. Definitely hundreds, but I think thousands of hours. And in one of them, he heard someone whistle and he knew it was the whistle of a bird down in North Carolina or something. So then he was like, "you'd have know that particular bird, to make that whistle." And then he veers off to figure out who might have been visiting, who would be from there.

It's just so attuned to following those kinds of clues. As you can imagine, that could take you to lots of places.