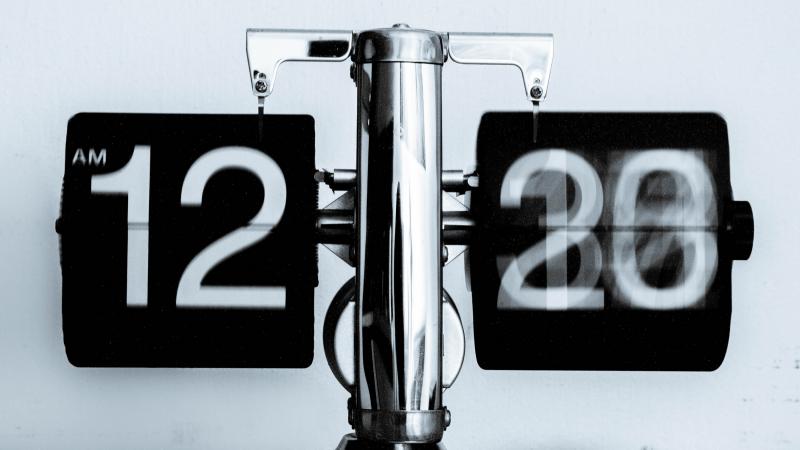 He’s one of the most frenetically productive, wired guys on the planet, but digital media theorist Douglas Rushkoff is backing away from the clock. The author of Present Shock: When Everything Happens Now, Rushkoff presents a Dangerous Idea: we should “reclaim time” by following natural, biological rhythms like lunar cycles.

Over the last centuries, we’ve surrendered our human time to time of the clock. Instead of using our digital devices to create more time in our lives, we strap these devices to ourselves and try to live by their time. My dangerous idea is to disconnect from the chronos of our digital devices, the never-ending pulses of tweets, and instead attempt to rediscover the natural rhythms all around us: the day and night, the phases of the moon, the social rhythms that actually dictate who we are and how we feel.

If you begin to explore these rhythms, you find out things. Like, every week of a lunar cycle tends to promote one or another neurotransmitter in our brains. The first week of a new moon, we tend to be dominated by acetylcholine, which makes us more open to new ideas. The second week of a lunar cycle, when the moon’s moving towards fullness, our brain tends to be dominated by serotonin, which makes us really good at working and getting stuff done. The third week, it’s dopamine: that’s when you have to party—you’re not going to get anything done. The fourth week, it’s norepinephrine: that’s a week when you tend to be thinking very structurally, when it’s good to organize your schedule and make cold, calculated decisions.

When we begin to open to the rhythms that have been dictating human and social behavior for hundreds of thousands of years, we end up much more grounded in human time and human culture—and much less dictated to by our machines.

Douglas Rushkoff is a media theorist and author of more than a dozen books on media, culture and technology, including Present Shock, and Program or Be Programmed. He recently joined the faculty of CUNY-Queens to develop a new media studies program–which he describes as “media studies for Occupiers.”